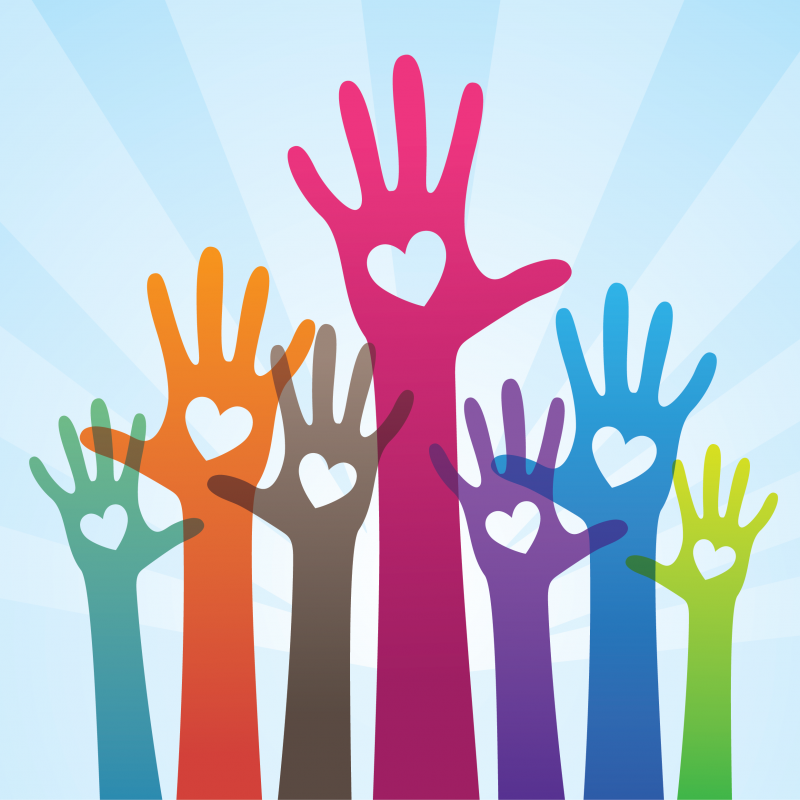 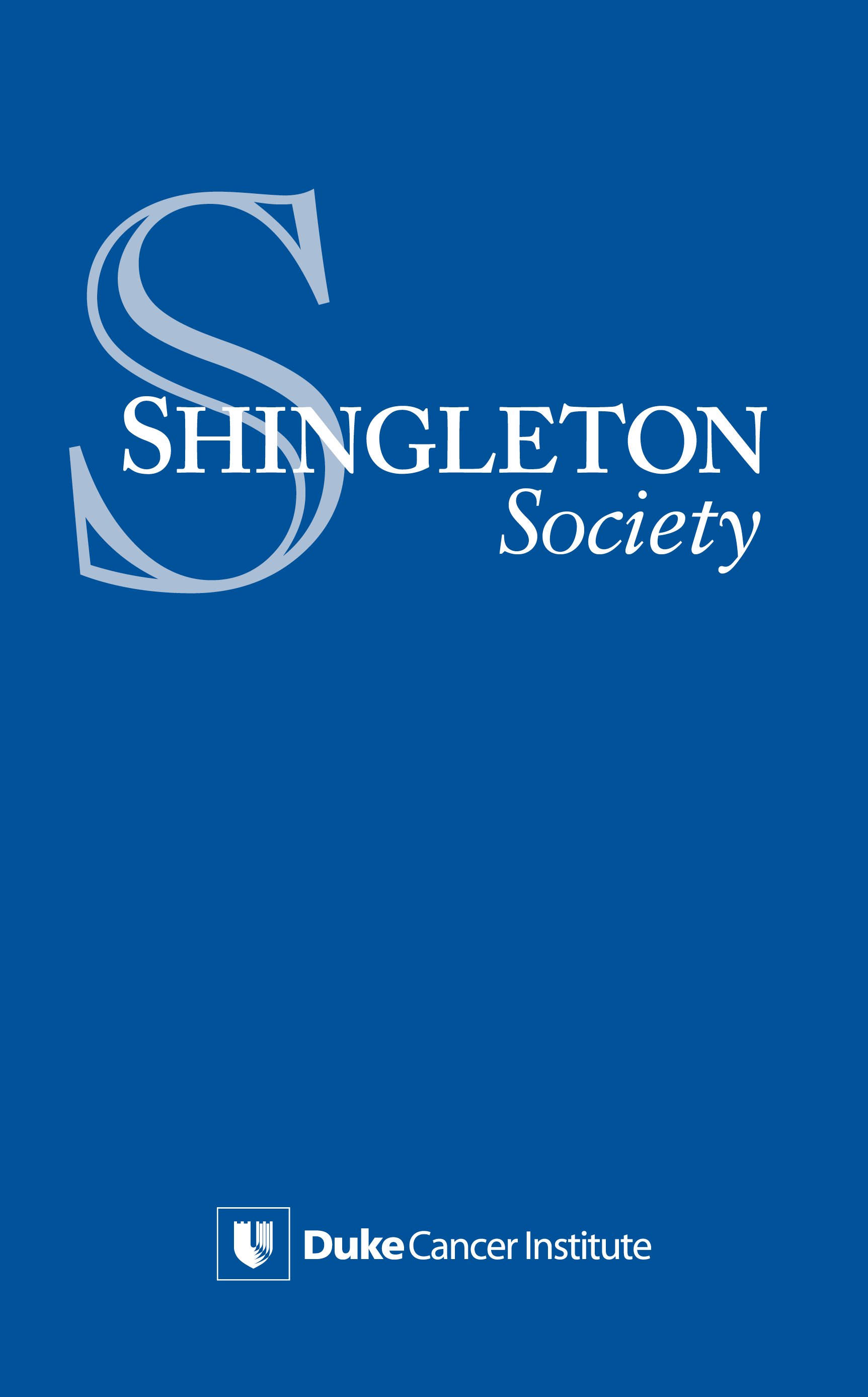 Michael B. Kastan, MD, PhD, who came to Duke a decade ago to lead Duke Cancer Institute as executive director, says the future is bright.

“We have taken care of more cancer patients in the past year than at any other time in the history of the Duke Health System. The DCI is currently the top-ranked cancer center in a seven-state region, the southeastern United States, and we maintain a stellar national reputation. Our faculty continue to make ground-breaking discoveries about new ways to prevent, diagnose and treat cancer,” he said.

Kastan made these comments at the 35th annual Shingleton Society Awards ceremony held on Thursday, Oct. 21. More than 100 guests tuned in live for the virtual ceremony, which recognized volunteers and donors for their exemplary service to the DCI as well as their tireless commitment of time, effort, and resources to advancing our understanding of cancer and caring for patients with cancer.

The Shingleton Society, which pays tribute to the late William W. Shingleton, MD — a distinguished surgeon and the founding director of Duke Comprehensive Cancer Center (now known as Duke Cancer Institute) — was established in 1986 to recognize the generosity of DCI’s sustaining annual leadership donors (cumulative giving of $1,000 or more in a fiscal year).

Pancreatic cancer expert Peter Allen, MD, chief of the Division of Surgical Oncology and a professor in the Department of Surgery, delivered the keynote speech at this year’s ceremony.

After an introduction by Nancy Wright — Allen’s patient and a member of the DCI Board of Advisors — Allen paid tribute to Shingleton and his legacy.

Pointing to some of Shingleton’s early research papers, including “Specific Active Immunotherapy for Melanoma” (Ann. Surg. 1973), Allen noted that Shingleton was, 50 years ago, “exploring novel approaches to disease that we now recognize as standard therapy.”

“Many would consider him not only a surgeon scientist, and a real leader in cancer, but also the Father of the Modern-Day Field of Surgical Oncology,” said Allen, before going on to share his own clinical and research efforts to prevent pancreatic cancer or at least catch and treat the deadly disease in its earliest stages.

First presented in 1987, the The William W. Shingleton Award is DCI’s highest volunteer honor. Over the past 35 years, DCI has honored more than 90 individuals with this award. This year it was Jonathan Wisger, current chair of the DCI Board of Advisors and a member since 2010.

At the ceremony, Wisger shared an encounter he’d had about five years ago that made him realize the impact he had on people he never even knew.

“I was involved in selling a shopping center for my company. The buyer was a local North Carolinian. During the call, our sales broker mentioned that I was going to be down in North Carolina. The buyer asked if he could ask why, and I said, ‘Absolutely. I'm coming down for the board meeting for the Duke Cancer Institute.’ There was dead silence for about 30 seconds. And he said, ‘My daughter died of a glioblastoma; at the time she was diagnosed, she was told she was going to live for three to four months. Duke kept her alive for over three years. You should be very proud of what you're doing. And it's an honor to do business with you.’”

“The impact of philanthropy is significant as Duke Cancer Institute continues its quest to extend and improve the lives of all people with cancer,” said Zac Giffin, director of Annual Giving, DCI. 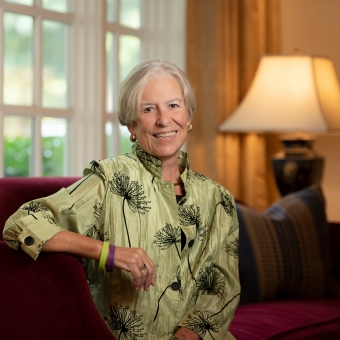 Stronger by the Day 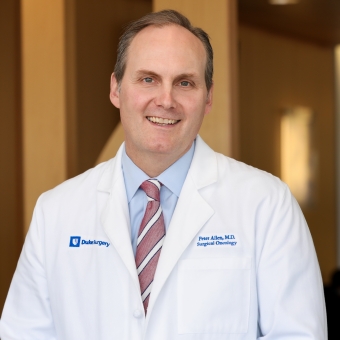 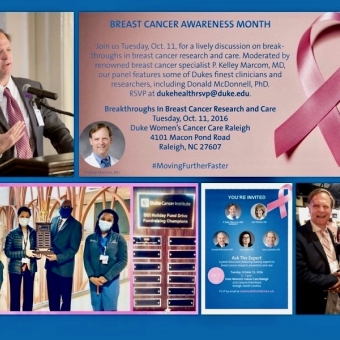 The Shingleton Award for Distinguished Service

The Shingleton Award for Community Partnership

The Shingleton Award for Caregiver Partnership