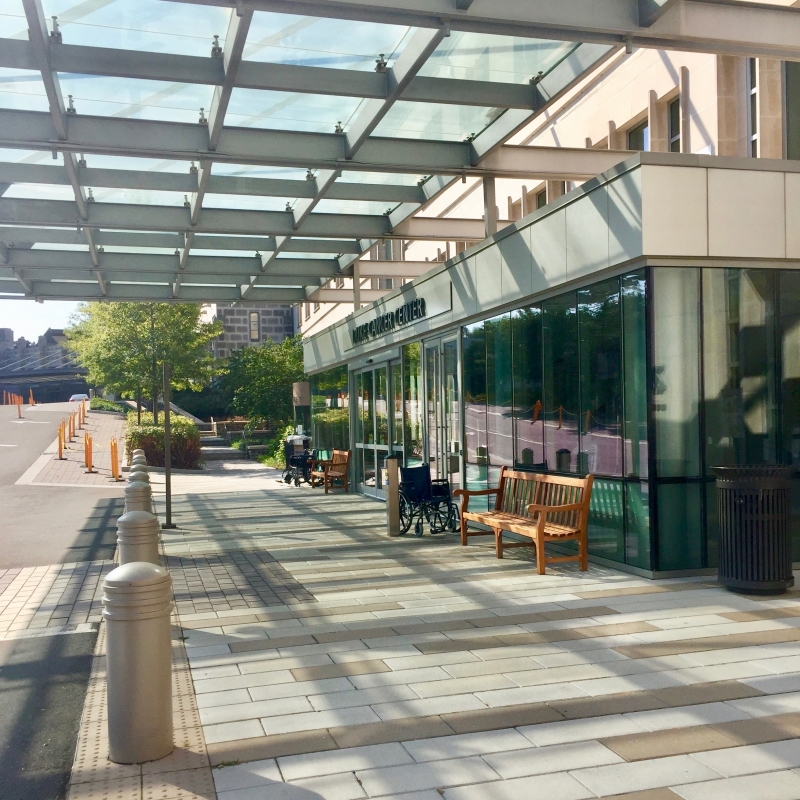 After many months of preparation and an extensive review process, Duke Cancer Institute was renewed as a National Cancer Institute-designated Comprehensive Cancer Center for another five-year period.

The award means that DCI retains the elite NCI designation of “Comprehensive Cancer Center”— an honor currently held by only 51 institutions in the country. The accompanying five-year grant, known as the Cancer Center Support Grant (CCSG), supports DCI’s broad range of clinical, research, and educational programs, which aim to reduce the impact of cancer on the lives of people in North Carolina and beyond.

National Cancer Institute-designated cancer centers are recognized for scientific leadership and resources and must meet “rigorous standards” for research focused on new and better ways to prevent, diagnose and treat cancer.

The Duke Comprehensive Cancer Center, now Duke Cancer Institute, was established in 1972 and has benefited from continuous recognition and funding from the NCI since 1973, when it was named as one of the original eight comprehensive cancer centers.

The CCSG is one of the top five oldest continuous NIH grants at Duke. Michael Kastan, MD, PhD, is the executive director of DCI and has been the core grant’s principal investigator since he joined DCI in 2011.

“Under Dr. Kastan’s leadership and expertise, scientific accomplishments with impactful transdisciplinary and translational research that appropriately-address the cancer burden in the catchment area have been achieved,” wrote the NCI review team. “The Institution is nationally and internationally recognized for its high standard of education, and community outreach and engagement are progressing at an outstanding level… The discoveries of new molecular, genetic, genomic, and epigenetic targets and of biological processes in cancer, together with the support of strong shared resources, to the research programs and the accomplishments in clinical trials, add value to the DCI.”

The review documented eight scientific clinical advances — in understanding microenvironment modulation; differentiation therapy in graft versus host disease; vaccine development for brain tumors; drivers in glioma subgroups; discovery of a genetic variation in leukemia that confers risk for other cancers; caspase-3 and radiation carcinogenesis; a new approach to breast cancer radiotherapy; PIK3CA mutations in breast cancer; and the identification of 12 new variants for epithelial ovarian cancer.

And, the committee lauded DCI’s population-based research, including “important advances in cancer risk factors and biomarker discovery,” the refining of screening guidelines, interventions to enhance patient and family experiences, new tech to improve symptom management and patient outcomes, and clinical trials and research to improve transitions-of-care and end-of-life support.

“During this past funding period, DCI structures and programs have matured and prospered, with demonstrable increases in the number of collaborative publications and investigator-initiated clinical trials, numerous examples of high impact science, and significant expansion of community engagement activities,” said executive director of Duke Cancer Institute and CCSG principal investigator Michael Kastan, MD, PhD. “This grant renewal means that DCI continues to be a leader in shaping cancer research and care.”

Duke Cancer Institute is consistently ranked among the top programs for cancer care in America. Its 315 members and 131 associate members include nationally and internationally known scientific and clinical leaders with a broad range of expertise.

Over the past decade, DCI has had two Nobel Laureates. There are nine members of the National Academy of Science, 10 members of the National Academy of Medicine, two members that have been recognized by Time Magazine as the most 100 influential people in the world, and seven members who hold NIH outstanding investigator awards. In addition, multiple DCI members are governor-appointed advisors to the state of North Carolina’s Advisory Committee on Cancer Coordination and Control.

Since 2014, five new strategic-priority centers or initiatives have been established: the Duke Center for Brain and Spine Metastasis at DCI, the Consortium for Canine Comparative Oncology (C30), the Personalized Cancer Medicine Initiative (which includes the Molecular Tumor Board), the DCI Center for Prostate and Urologic Cancers and the Center for Cancer Immunotherapy. These, in addition to the 82-year-old Preston Robert Tisch Brain Tumor Center, will continue to be central drivers of DCI’s activities in coming years.

Sixty-seven training grants and fellowship awards worth $6.2 million were awarded during the past five years. Duke Cancer Institute remains committed, moving forward, to investing in career training and development for current and future cancer physicians, scientists and health professionals across all its programs.

Preparing for the CCSG and site visit is about an 18-month process, though planning for the next five years starts the day that the CCSG PI receives NCI’s final review.

From start to finish, a core team of seven prepared more than 2,200 pages of data, metrics, graphics and numerous pages of quality and exceptional science for a submission date of January 25, 2019. The May 2019 site visit included over 80 people, including 33 external reviewers from NCI and around the country.

“All Duke Cancer Institute faculty and staff have the shared objective to focus our skills, experiences, and compassion to relieving our community’s cancer burden,” said Karen Kharasch, associate director for Administration for the CCSG and director of Research Strategy and Operations at DCI. “While the majority of them are outward facing, I am privileged to see the vast number of talented people who are not patient facing or in positions designed to be behind the scenes at DCI. These individuals infrequently interact with the public or patients, but their commitment is no less than to fuel a pace of discoveries and advances previously thought impossible. I want to commend the entire CCSG team, led by Daven Ria, for an exceptional CCSG submission and site visit.”