Putting a Spotlight on a Stealthy Disease 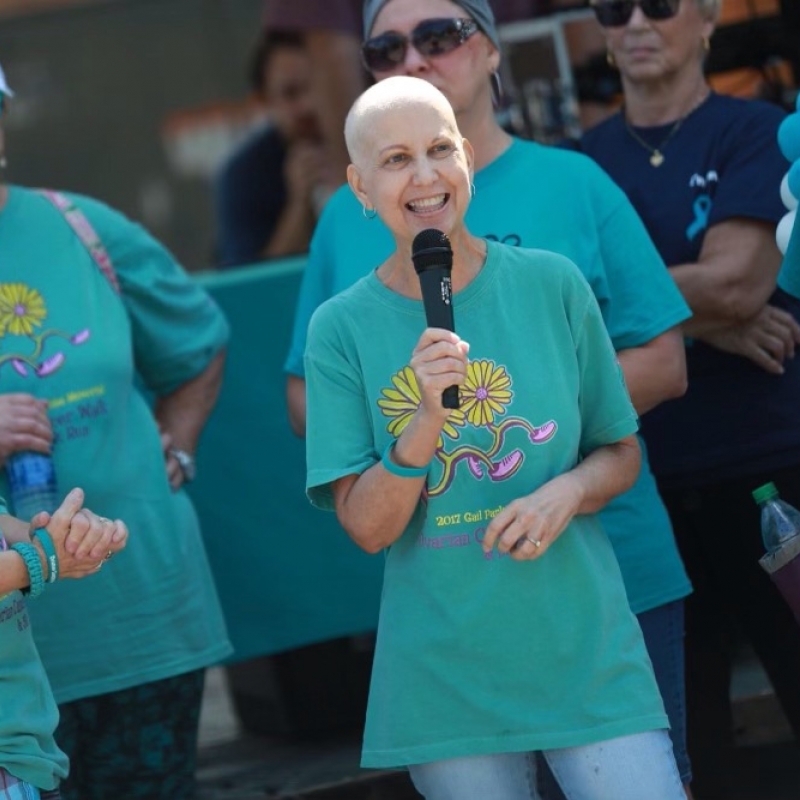 When Kathy Jennings was first diagnosed with ovarian cancer in 2017, the cancer was already stage 4. Unfortunately, that’s how it goes for many women with this disease, as it often shows few or no symptoms until the late stages, and there is still no good screening test.

In 2021, Jennings is still going strong. When one treatment stops working, her oncologist, Angeles Secord, MD, professor of obstetrics and gynecology, provides her with a new option.

She had a recurrence in late 2020 and was treated with chemotherapy. Again in remission, Jennings now takes a drug called a PARP inhibitor, which helps stop a protein that can repair cancer cells and is approved for maintenance treatment. Doctors hope it will give her a year without a recurrence, she says.

Jennings has always made it a point to encourage other women. When she was first diagnosed, “I immediately got into ‘go mode,’ and anytime I was in a chemo room, if I saw someone else having chemo, I would go and see how they were doing," she says.

That’s why she has made it an annual tradition to attend the Gail Parkins Memorial Ovarian Cancer Walk and 5K Run, which raises awareness of the disease and funds for Duke ovarian cancer research.

Attending the walk always feels like coming home to Jennings, whether the women she sees are old friends or she is meeting them for the first time. “We have an immediate connection because we have something so serious in common,” she says. “You won’t even think that anyone has cancer because everyone is just meeting each other and hugging.”

Jennings has attended every walk since her diagnosis, even in 2017, when she walked half of the course and used a wheelchair for the other half because she was weak from chemotherapy. The event was virtual in 2020. This year, there are virtual and in-person versions, and Jennings will again attend virtually.

Circle Photo at Top: Kathy Jennings at the 2017 Gail Parkins Memorial Ovarian Cancer Walk and 5K Run. Read this story to learn more about her journey with cancer. 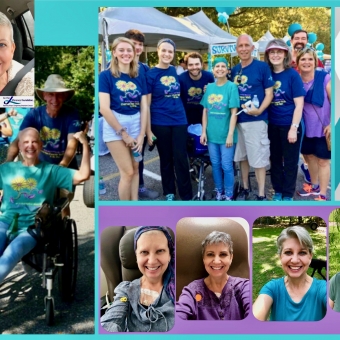 UnTEAL There’s A Cure, Have Faith in the Fight 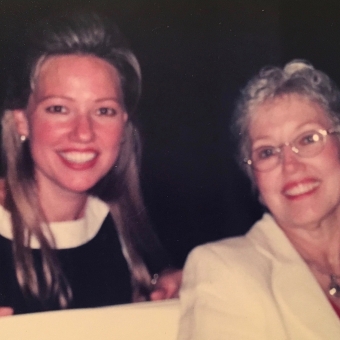 #MyDukeCancerStory: A Labor of Love 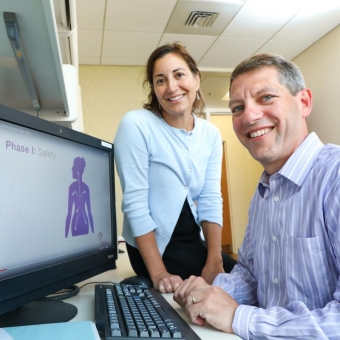