Member of the Duke Cancer Institute

Human EGFRvIII-specific BiTE for the treatment of Glioblastoma

Measurement of oxidative stress biomarkers in human plasma and urine

Treatment of Neuropathic Pain after SCI with a Catalytic Oxidoreductant

Urinary F2-isoprostanes and the risk of hypertension.

A comprehensive evaluation of catalase-like activity of different classes of redox-active therapeutics.

Because of the increased insight into the biological role of hydrogen peroxide (H2O2) under physiological and pathological conditions and the role it presumably plays in the action of natural and synthetic redox-active drugs, there is a need to accurately define the type and magnitude of reactions that may occur with this intriguing and key species of redoxome. Historically, and frequently incorrectly, the impact of catalase-like activity has been assigned to play a major role in the action of many redox-active drugs, mostly SOD mimics and peroxynitrite scavengers, and in particular MnTBAP(3-) and Mn salen derivatives. The advantage of one redox-active compound over another has often been assigned to the differences in catalase-like activity. Our studies provide substantial evidence that Mn(III) N-alkylpyridylporphyrins couple with H2O2 in actions other than catalase-related. Herein we have assessed the catalase-like activities of different classes of compounds: Mn porphyrins (MnPs), Fe porphyrins (FePs), Mn(III) salen (EUK-8), and Mn(II) cyclic polyamines (SOD-active M40403 and SOD-inactive M40404). Nitroxide (tempol), nitrone (NXY-059), ebselen, and MnCl2, which have not been reported as catalase mimics, were used as negative controls, while catalase enzyme was a positive control. The dismutation of H2O2 to O2 and H2O was followed via measuring oxygen evolved with a Clark oxygen electrode at 25°C. The catalase enzyme was found to have kcat(H2O2)=1.5×10(6)M(-1) s(-1). The yield of dismutation, i.e., the maximal amount of O2 evolved, was assessed also. The magnitude of the yield reflects an interplay between the kcat(H2O2) and the stability of compounds toward H2O2-driven oxidative degradation, and is thus an accurate measure of the efficacy of a catalyst. The kcat(H2O2) values for 12 cationic Mn(III) N-substituted (alkyl and alkoxyalkyl) pyridylporphyrin-based SOD mimics and Mn(III) N,N'-dialkylimidazolium porphyrin, MnTDE-2-ImP(5+), ranged from 23 to 88M(-1) s(-1). The analogous Fe(III) N-alkylpyridylporphyrins showed ~10-fold higher activity than the corresponding MnPs, but the values of kcat(H2O2) are still ~4 orders of magnitude lower than that of the enzyme. While the kcat(H2O2) values for Fe ethyl and n-octyl analogs were 803.5 and 368.4M(-1) s(-1), respectively, the FePs are more prone to H2O2-driven oxidative degradation, therefore allowing for similar yields in H2O2 dismutation as analogous MnPs. The kcat(H2O2) values are dependent on the electron deficiency of the metal site as it controls the peroxide binding in the first step of the dismutation process. SOD-like activities depend on electron deficiency of the metal site also, as it controls the first step of O2(●-) dismutation. In turn, the kcat(O2(●-)) parallels the kcat(H2O2). Therefore, the electron-rich anionic non-SOD mimic MnTBAP(3-) has essentially very low catalase-like activity, kcat(H2O2)=5.8M(-1) s(-1). The catalase-like activities of Mn(III) and Fe(III) porphyrins are at most, 0.0004 and 0.05% of the enzyme activity, respectively. The kcat(H2O2) values of 8.2 and 6.5M(-1) s(-1) were determined for electron-rich Mn(II) cyclic polyamine-based compounds, M40403 and M40404, respectively. The EUK-8, with modest SOD-like activity, has only slightly higher kcat(H2O2)=13.5M(-1) s(-1). The biological relevance of kcat(H2O2) of MnTE-2-PyP(5+), MnTDE-2-ImP(5+), MnTBAP(3-), FeTE-2-PyP(5+), M40403, M40404, and Mn salen was evaluated in wild-type and peroxidase/catalase-deficient E. coli.
Authors
Tovmasyan, A; Maia, CGC; Weitner, T; Carballal, S; Sampaio, RS; Lieb, D; Ghazaryan, R; Ivanovic-Burmazovic, I; Ferrer-Sueta, G; Radi, R; Reboucas, JS; Spasojevic, I; Benov, L; Batinic-Haberle, I
MLA Citation
Tovmasyan, Artak, et al. “A comprehensive evaluation of catalase-like activity of different classes of redox-active therapeutics.” Free Radic Biol Med, vol. 86, Sept. 2015, pp. 308–21. Pubmed, doi:10.1016/j.freeradbiomed.2015.05.018.
URI
https://scholars.duke.edu/individual/pub1073783
PMID
26026699
Source
pubmed
Published In
Free Radic Biol Med
Volume
86
Published Date
2015
Start Page
308
End Page
321
DOI
10.1016/j.freeradbiomed.2015.05.018

Cationic Mn(III) porphyrin complexes based on MnTM-2-PyP are among the most promising superoxide dismutase (SOD) mimicking compounds being considered as potential anti-inflammatory drugs. We studied four of these active compounds in the yeast Saccharomyces cerevisiae, MnTM-2-PyP, MnTE-2-PyP, MnTnHex-2-PyP, and MnTnBu-2-PyP, each of which differs only in the length of its alkyl substituents. Each was active in improving the aerobic growth of yeast lacking SOD (sod1∆) in complete medium, and the efficacy of each mimic was correlated with its characteristic catalytic activity. We also studied the partitioning of these compounds between mitochondria and cytosol and found that the more hydrophobic members of the series accumulated in the mitochondria. Moreover, the degree to which a mimic mitigated the sod1Δ auxotrophic phenotype for lysine relative to its auxotrophic phenotype for methionine depended upon its level of lipophilicity-dependent accumulation inside the mitochondria. We conclude that localization within the cell is an important factor in biological efficacy in addition to the degree of catalytic activity, and we discuss possible explanations for this effect.
Authors
Li, AM; Martins, J; Tovmasyan, A; Valentine, JS; Batinic-Haberle, I; Spasojevic, I; Gralla, EB
MLA Citation
Li, Alice Ma, et al. “Differential localization and potency of manganese porphyrin superoxide dismutase-mimicking compounds in Saccharomyces cerevisiae.” Redox Biol, vol. 3, 2014, pp. 1–6. Pubmed, doi:10.1016/j.redox.2014.09.003.
URI
https://scholars.duke.edu/individual/pub1050719
PMID
25462059
Source
pubmed
Published In
Redox Biology
Volume
3
Published Date
2014
Start Page
1
End Page
6
DOI
10.1016/j.redox.2014.09.003

The effect of aprepitant and race on the pharmacokinetics of cyclophosphamide in breast cancer patients.

Profiling the effects of isocitrate dehydrogenase 1 and 2 mutations on the cellular metabolome. 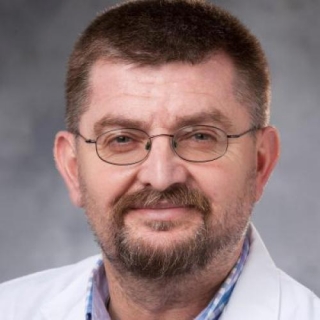