Cancer Survivor Steps Out In Fight Against Blood Cancers 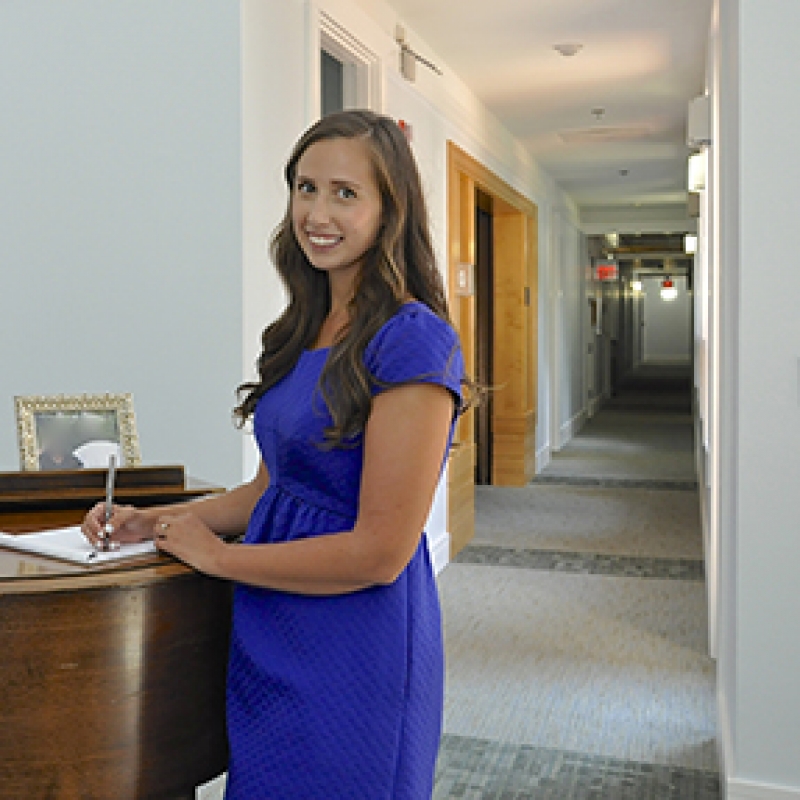 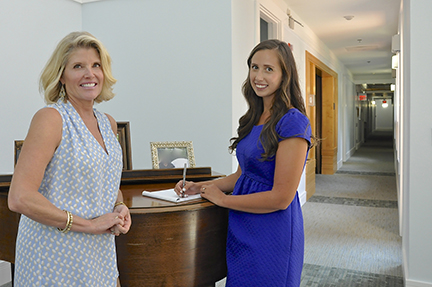 Executive director of Caring House Sheridan van Wagenberg with Sasha Zabavin, who's served as a volunteer, as community development manager, and now as director of annual giving at Caring House. After graduating in May 2012 from North Carolina’s High Point University with a Bachelor of Science degree in marketing, Sasha Zabavin moved to New York City for a promising internship with a large retail company. Six months later, on the Friday before Christmas, she was diagnosed with Hodgkin Lymphoma.

Initially stunned and admittedly scared, she moved back home to New Hampshire where she received treatment with the support and encouragement of family and friends. Three years later, cancer-free and having since earned a master's degree in nonprofit management, Zabavin, now 26, is the new director of annual giving at Caring House, a Durham-based extended stay facility providing comfortable, supportive and affordable accommodations to outpatients being treated at Duke Cancer Center.

In her short life Zabavin has worked in client relations at a Greensboro law firm   and volunteered with various charities, but she’s experienced the greatest satisfaction at Caring House—first as a dedicated volunteer, and then as community development manager, and now in her current role. Caring House is where, she said, she can see the “immediate impact” of the work that is so personal for her.

“I feel like my work here is a calling,” she said. “I feel so blessed to be able to give back and help people going through a similar experience to my own.”

Caring House executive director Sheridan van Wagenberg said Zabavin’s story is “very motivating” for staff and guests. In the eight years since van Wagenberg has been at Caring House, Zabavin is the first staff member she can remember who is a cancer survivor.

Zabavin gets a chance to mingle with guests from time to time—when she’s not busy with the day-to-day administrative aspects of her position. When opportunity presents, she’s open to sharing her personal story with guests—when she “senses it’s appropriate and relatable.” 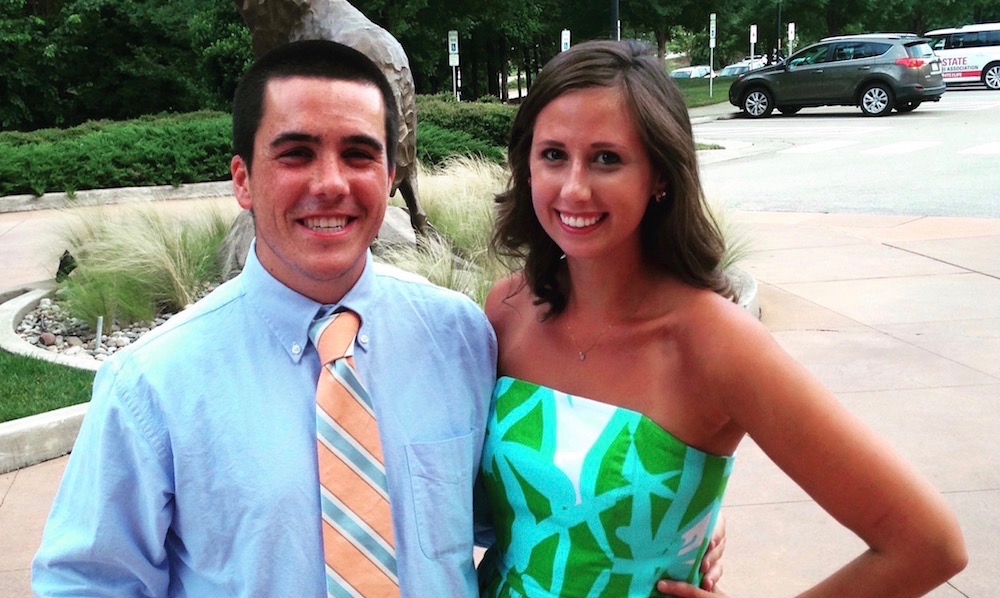 Reflecting on her diagnosis, Zabavin shared that throughout her childhood she was often sick with colds, sinus infections and the flu. When she got sick with colds over and over during her internship in New York, she thought it was more of the same, but she also felt a small lump on her collar bone, which prompted her to go to urgent care.

“I wasn’t too concerned about the minor colds and sinus infections, but I felt a lump and felt I should get it checked out.” she said.

That visit led to a referral to a surgeon who recommended an ultrasound and then a biopsy, which confirmed her cancer diagnosis. By the time she received the cancer diagnosis, she explained, she was feeling so weak and light-headed that she couldn’t walk from point A to point B without having to sit down and could barely breathe.

Zabavin completed treatments in in New Hampshire, but now that she’s local, she has done her follow-up appointments with oncologist Louis Frederic Diehl, MD, at Duke Cancer Center. She’s aware that chemotherapy has put her at greater risk for heart and lung disease, but other than some residual numbness in her extremities — a minor side-effect— she said she feels great.

Having and surviving cancer at a young age has changed the way Zabavin, who is engaged to be married next year, looks at her future.

“I think I became very aware of what I wanted from life a lot faster than I would had I not battled cancer,” she said, and for her that means at least two kids. “I never felt this strong desire to have children until I was diagnosed.”

Zabavin is committed to raising awareness and supporting efforts to keep science moving forward to a cure. She most recently teamed up with The Leukemia and Lymphoma Society to take part in their upcoming walk event, Triangle Light The Night .