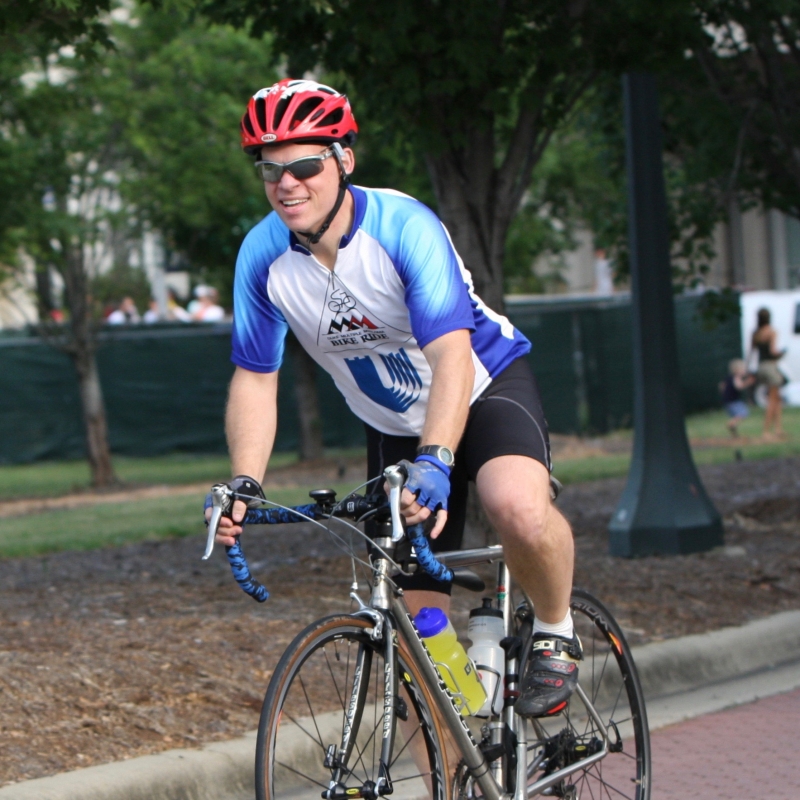 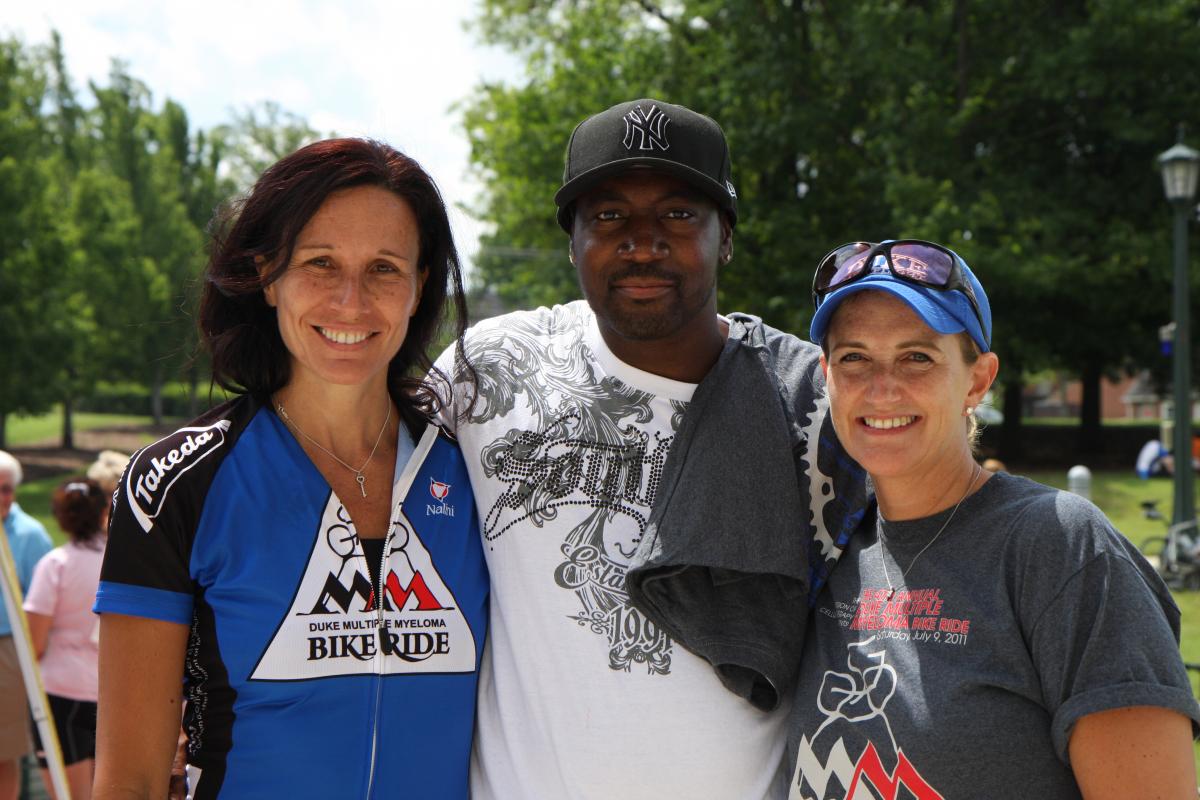 At a previous ride, Cristina Gasparetto, MD (left); multiple myeloma survivor and Gasparetto's patient Thomas Goode; and Jennifer Loftis (clinical operations director for Duke Raleigh Hospital Oncology) gather at the finish line. The Duke Division of Hematologic Malignancies & Cellular Therapy is inviting one and all to participate in and support this spring’s Duke Multiple Myeloma Bike Ride and Patient Awareness Day, to be held on Saturday, June 9, at 8 a.m.

The ride, which has been held most years since 2008, typically attracts a couple hundred riders and their supporters. Beginning just outside the Duke University Adult Blood & Marrow Transplant Clinic in Durham at Duke North Pavilion, the route weaves through rural Durham and Orange counties. There are various distance options: 15k, 50k and 100k.

Organizers expect the bike ride to be a festive and positive event — held in the spirit of education and awareness to benefit the research of the Division of Hematologic Malignancies & Cellular Therapy.

There has been a strong push in recent years nationwide towards finding new ways to treat multiple myeloma and raise awareness. March is Multiple Myeloma Awareness Month.

While it’s not a common cancer in the U.S., it’s the second most common blood cancer after non-Hodgkin lymphoma, and the number of patients diagnosed with this incurable disease, which forms in the plasma cells, is increasing every year. According to the latest figures from the National Cancer Institute, an estimated 30,280 adults in the U.S. will be diagnosed with multiple myeloma this year and 12,590 will die of this disease. 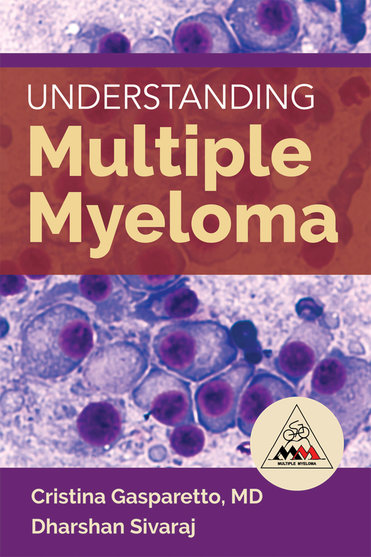 The above recently published book was co-written by Cristina Gasparetto, MD, and undergraduate researcher and patient educator Dharshan Sivaraj for newly diagnosed patients and their loved ones. Copies will be given away for free at the June bike ride. It is also available for purchase. (click for details)Thomas Goode, a patient of Gasparetto’s, was diagnosed with multiple myeloma in November 2005. A 12 year survivor, he has participated as a cyclist in three of the past charity bike rides, and attended one as a supporter when he was going through his third stem cell transplant. He will be saddling up for the 50k route this year.

“As a patient, it’s an honor to ride in this myeloma bike ride after knowing all that I’ve been through,” he said. “It’s a great feeling seeing the patients, staff and families cheer the riders on as we return.”

Goode, 46, said he’s “medically retired,” but keeps active as a volunteer. He co-leads the Myeloma support group at Duke, and is a patient advocate for newly diagnosed patients, an advocate for the National Marrow Program, and a participant in programs with the International Myeloma Foundation.

His advice to others who are living with multiple myeloma?

“Myeloma differs from patient to patient, but for me the key to living with this disease is LIVING,” advised Goode, who said he exercises regularly, spends quality time with friends and family and laughs daily. “I have the disease, but it doesn’t have me. I have accepted this disease, and it has made me a patient patient! Patience has brought me peace. Live your life to the fullest and cherish each day as if it’s your last.”