As Easy as Riding a Bike 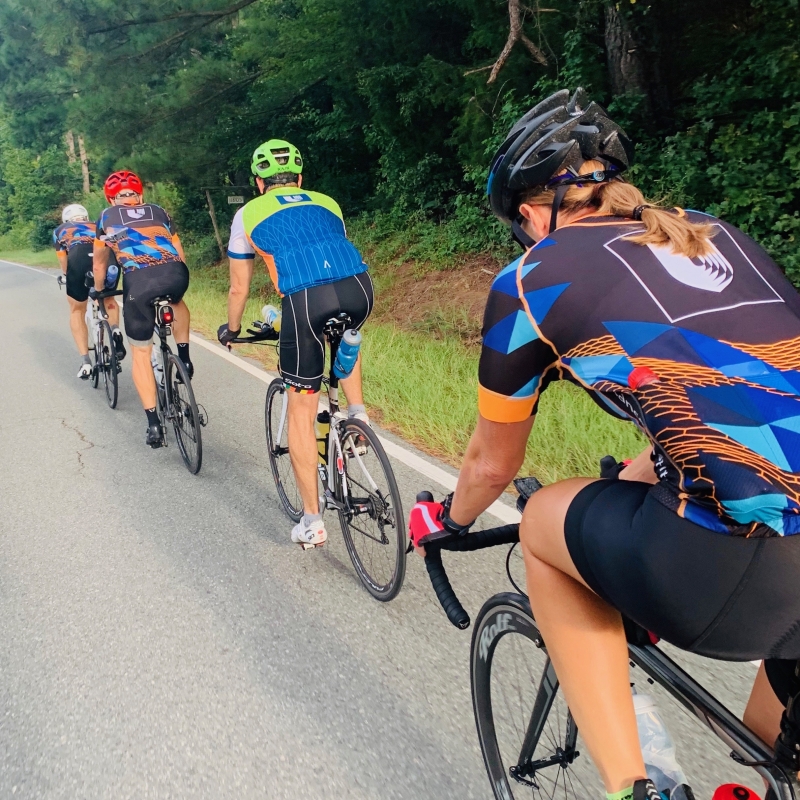 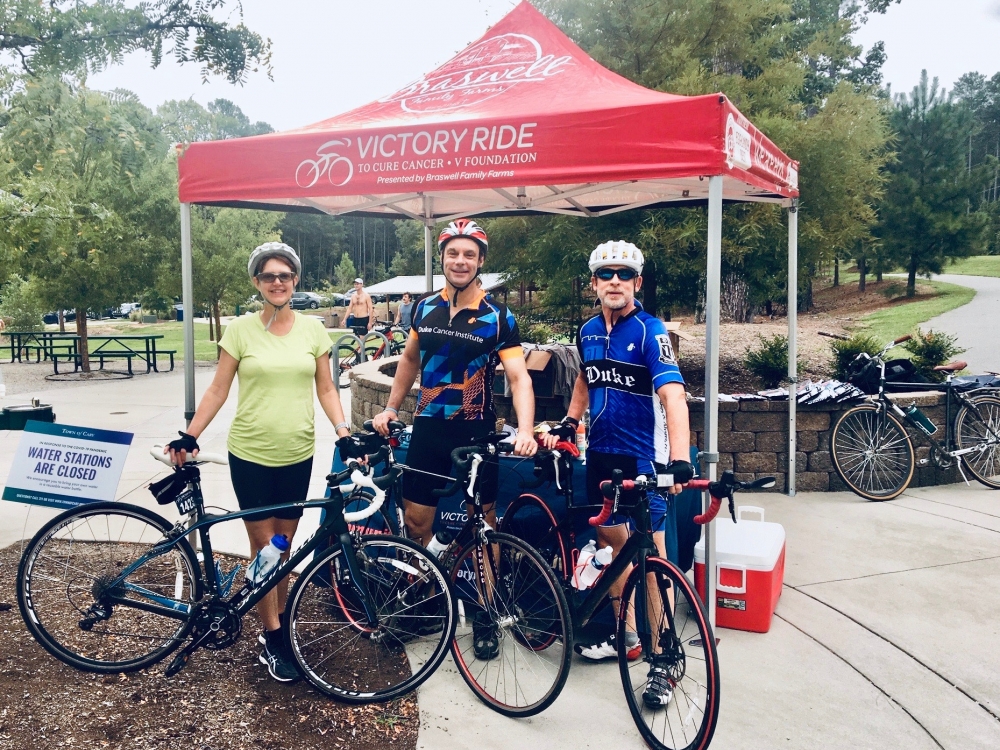 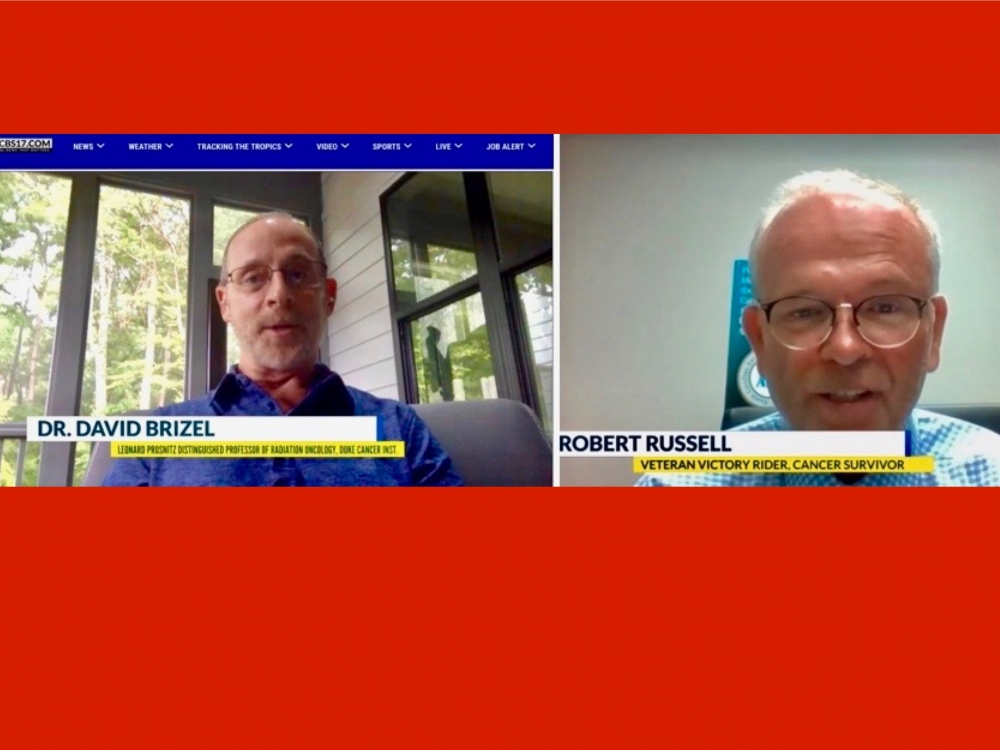 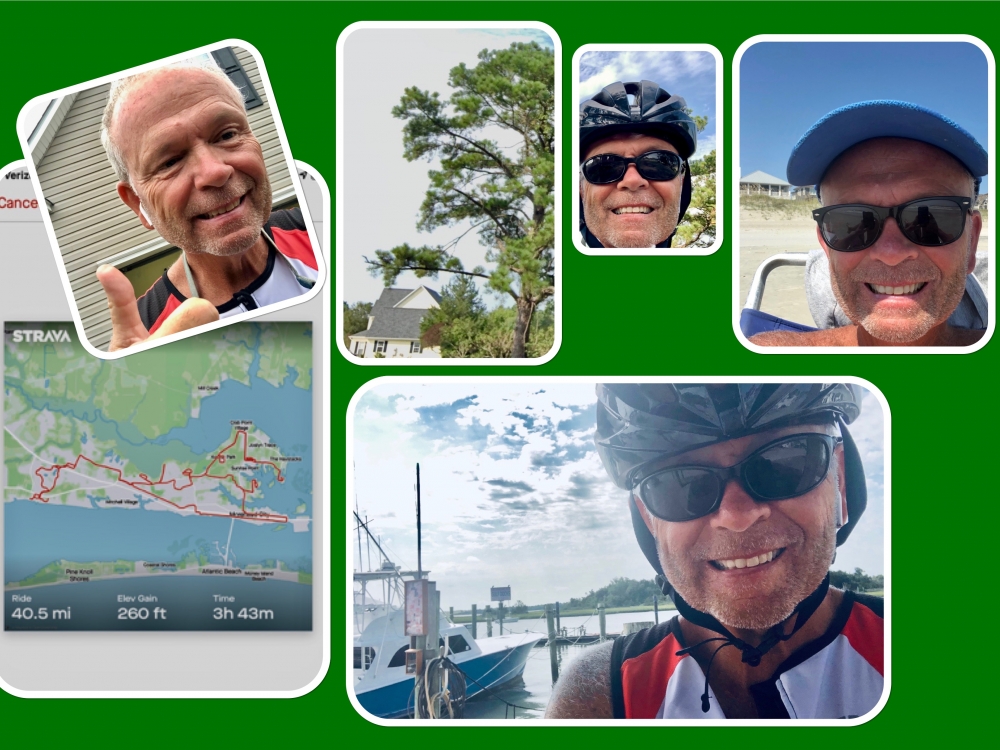 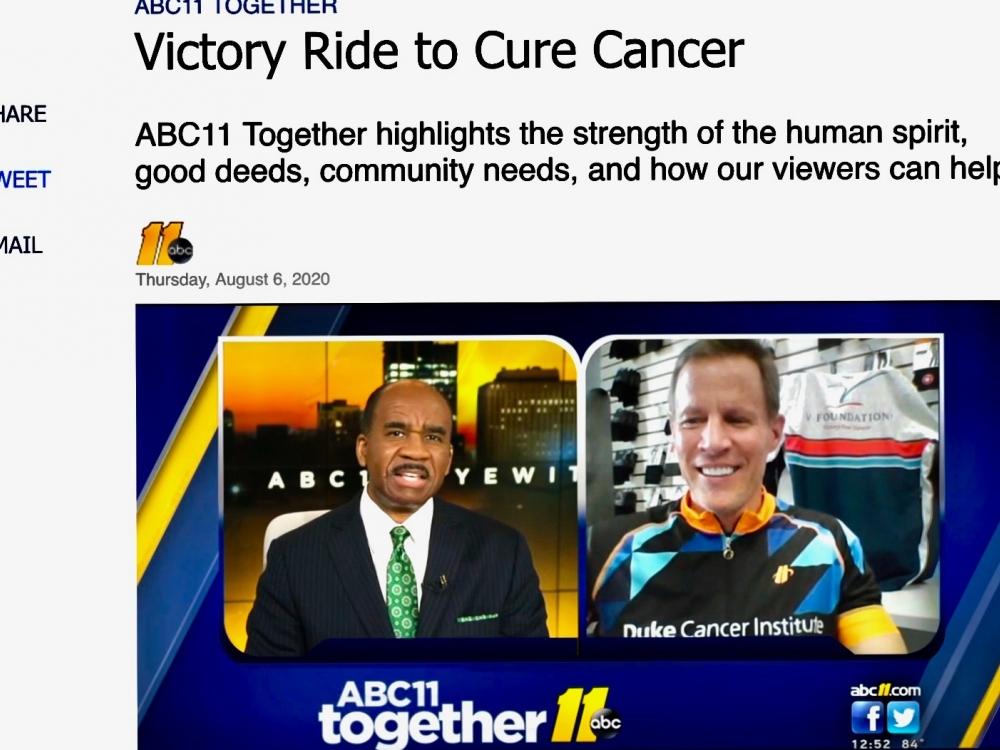 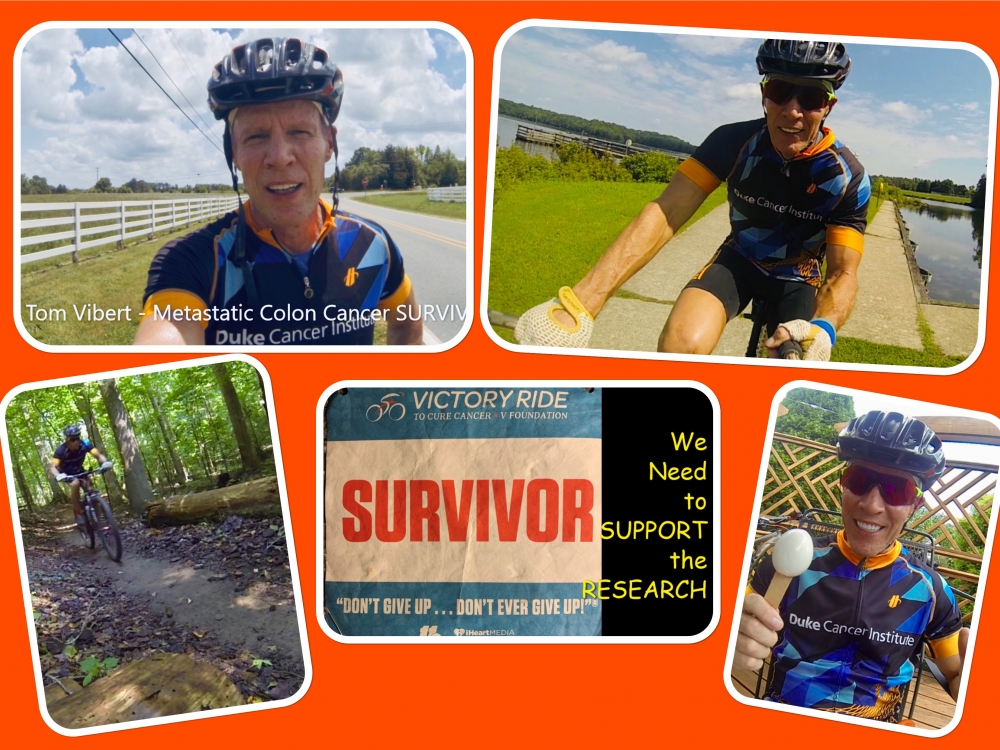 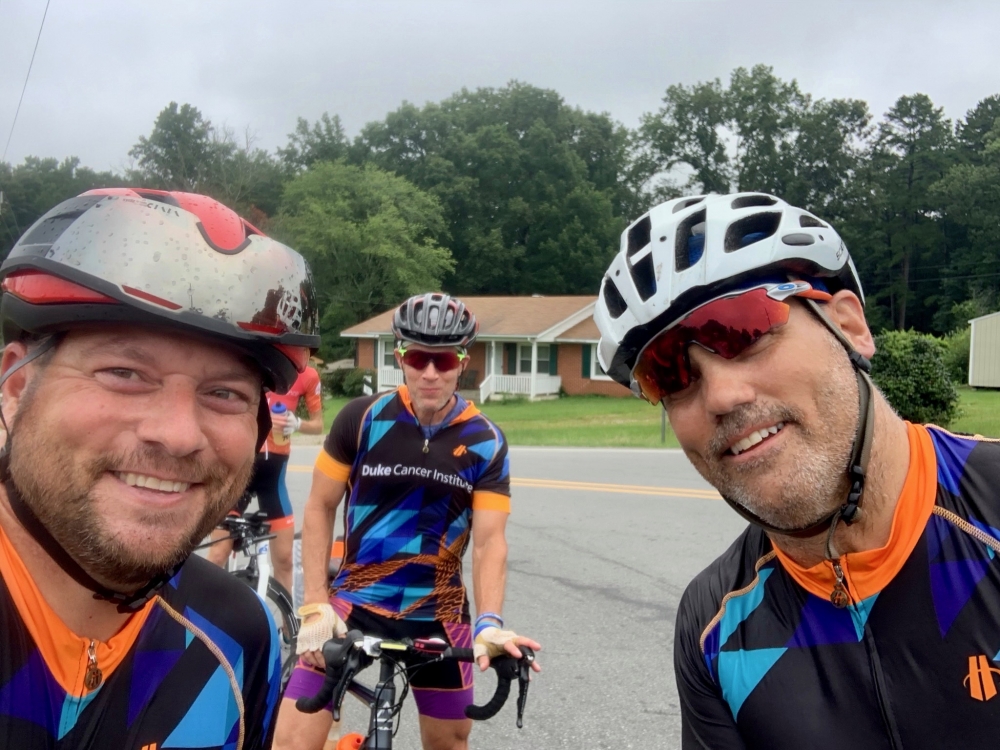 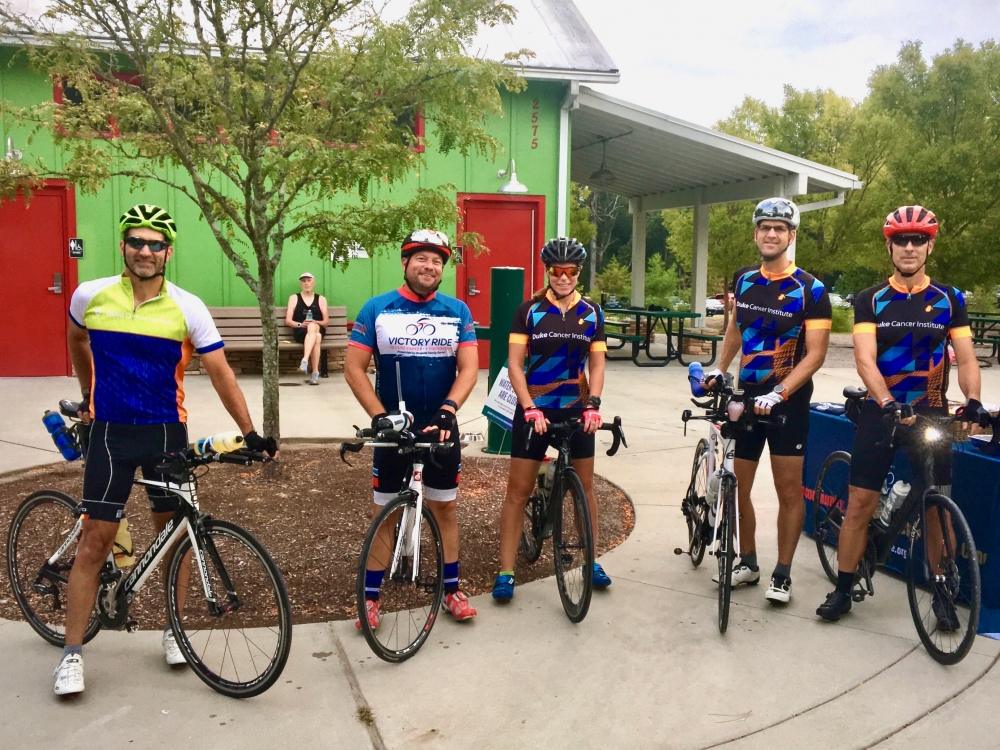 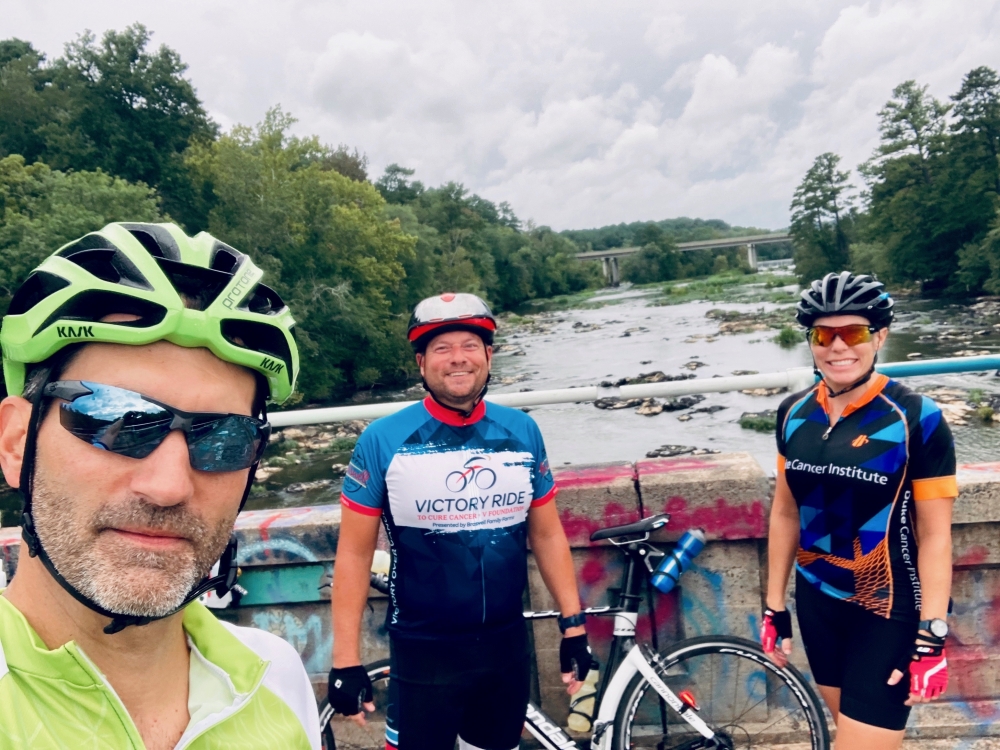 Over the River & Through the Woods 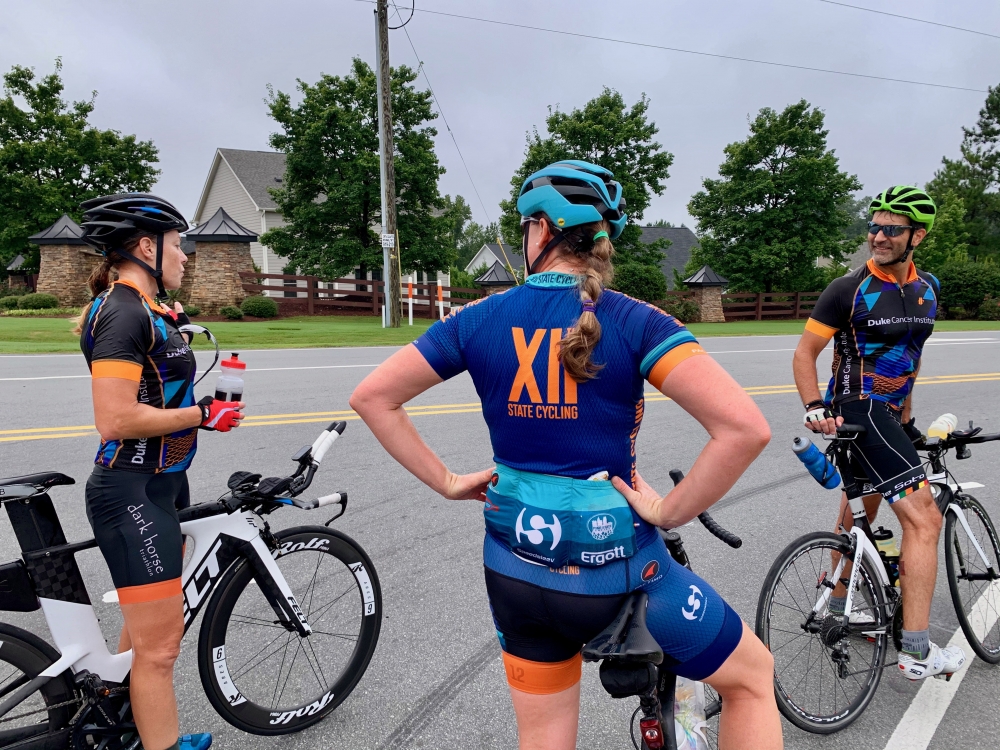 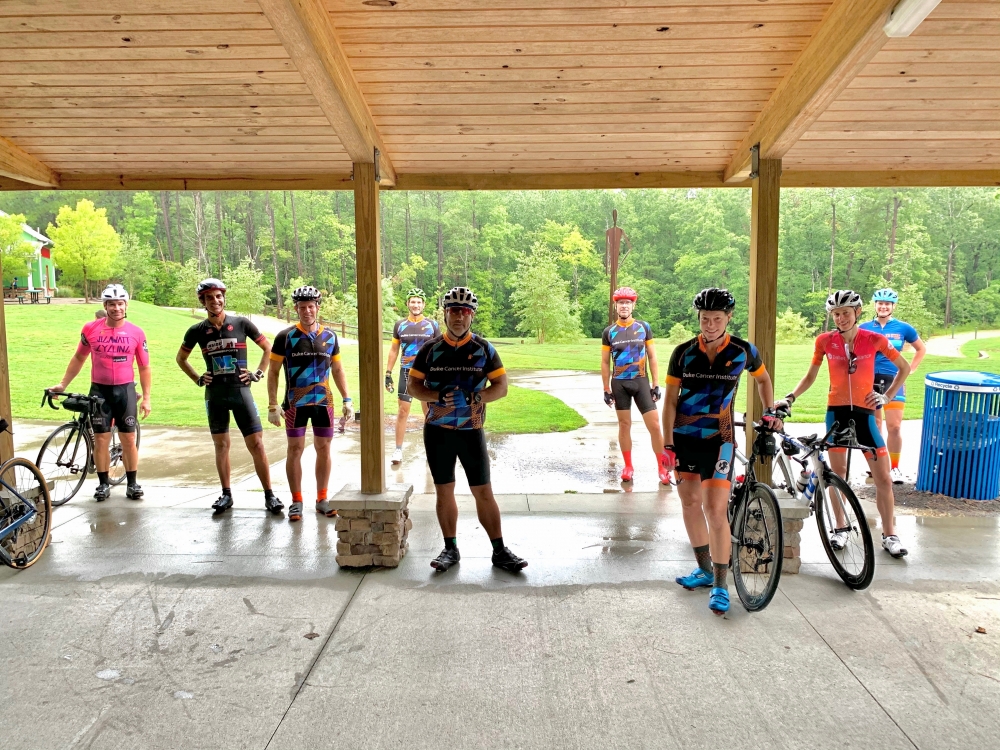 (Scroll through all 10 photos above)

The V Foundation for Cancer Research re-imagined its cool springtime Victory Ride to Cure Cancer this year to be a more personalized, socially-distanced, hot month-of-August event.

Riders chose their own routes — anytime, any place — and tracked their miles on the Strava app. They shared photos through the app and social media; cheering one another on with a "Never Give Up Spirit."

Survivors and supporters alike rallied from Raleigh to the coast and beyond. Over the river, through the woods, and even by the dock of the bay.

Even with the challenging "virtual" format, the team raised nearly as much funds as last year.

The 32-member team topped the leader board with $18,879.56 raised as of September 3; three days after the official conclusion of the event.

Midway through August, the two were interviewed by CBS 17 on their progress. The TV station called for others to join them, noting that "raising money for cancer research is as easy as riding your bike."

"I'm going to ride in the morning then after work tomorrow night — to get as many in as I can...I'm going for it," said Russell, who took up cycling to keep healthy only after surviving cancer. (Read about his cancer journey: "Tough Love And Healing For Tonsil Cancer Survivor")

The V Foundation for Cancer Research was founded by ESPN and legendary basketball coach Jim Valvano in 1993, not long before Valvano passed away, with one goal in mind: to achieve Victory Over Cancer.

To date, the foundation has awarded over $225 million in cancer research grants across the country.