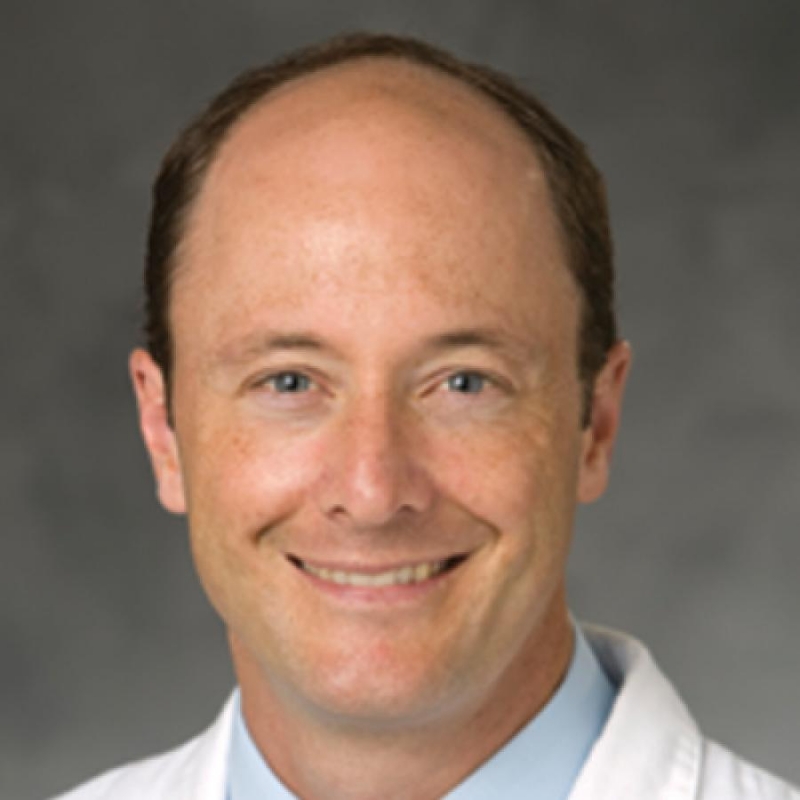 A multi-institutional group of clinical researchers, led by Duke Cancer Institute’s Andrew Armstrong, MD, MSc, FACP, published a new report this month in the Journal of Clinical Oncology (JCO) that describes results from the ARCHES study. ARCHES prospectively studied and evaluated the efficacy and safety of enzalutamide, an androgen-receptor inhibitor, in conjunction with androgen deprivation therapy (ADT) in men with metastatic hormone-sensitive prostate cancer (mHSPC), as compared to standard ADT alone.

The ARCHES study, presented at the 2019 ASCO Genitourinary Cancers Symposium, was a global, double-blind, phase III randomized trial in 1,150 men with metastatic prostate cancer who had just begun treatment with androgen deprivation therapy (ADT) or recently completed treatment with docetaxel and ADT. The study’s primary end point was radiographic progression-free survival (rPFS), and secondary endpoints include overall survival, time to castration resistance, time to further therapy, quality of life, time to skeletal events like fractures, and time to PSA progression. Approximately 18% of ARCHES patients had completed prior docetaxel chemotherapy in this hormone sensitive setting.

According to the American Cancer Society, prostate cancer is the most common cancer for men, resulting in 174,650 newly-diagnosed cases and an anticipated 31,000 deaths during 2019. The majority of deaths from prostate cancer result from metastatic disease. Prostate cancer is considered metastatic once the cancer has spread outside of the prostate gland to other parts of the body. Men are considered hormone (or castration) sensitive if their disease still responsive to hormonal therapy and has not yet developed resistance to this therapy.

“Men who present with metastatic prostate cancer have a poor prognosis despite standard hormonal therapy and have a major unmet need,” said Armstrong. “ARCHES enrolled men with metastatic hormone-sensitive prostate cancer, and permitted patients who had previously completed docetaxel chemotherapy and treated men regardless of their disease volume.”

In the ARCHES trial, 62% of men had high volume disease, defined as having more than 4 metastatic sites in bone or spread to internal organs, while 38% had low volume disease.

Study results proved that treatment with a combination of enzalutamide and ADT significantly reduced the risk of metastatic progression or death overtime (61%) in men with mHSPC when compared to the placebo. This improvement in rPFS was seen regardless of disease volume and prior therapy, including prior docetaxel use.  Significant delays in skeletal related events, castration resistance, time to next therapy, and time to PSA progression were observed, with maintenance of a high quality of life over time.  The comprehensive safety analysis showed an acceptable safety profile consistent with that observed in previously reported clinical trials of enzalutamide involving patients with CRPC, with increases in the risk of fatigue, hypertension, hot flushes, and falls observed with enzalutamide.

“This data, combined with that of the recently reported ENZAMET trial, which demonstrated improved overall survival with enzalutamide, and the TITAN trial, showing improved overall survival with apalutamide, and the LATTITUDE and STAMPEDE trials with improved survival with abiraterone in this setting, suggest that more potent androgen receptor inhibition leads to better outcomes for our patients with mHSPC. Men now will have choices between several therapies, which is good news for our patients,” described Armstrong. “The radiographic progression-free survival benefit of the addition of ADT to enzalutamide is significant. Enzalutamide and ADT were well tolerated in the study, with no unexpected side effects and a consistent safety profile. Overall, ARCHES is truly a practice changing data set for our patients, and we are excited to bring this knowledge back to our clinics.

Overall survival data in ARCHES remains immature, with only 84 men having died at the time of this primary analysis; however, the recently reported ENZAMET trial (Davis et al NEJM 2019) demonstrated improved overall survival with enzalutamide, supporting the ARCHES findings.

“More data and follow-up will be needed to understand which patients benefit from combined ADT with docetaxel and enzalutamide (triple therapy) in terms of improved overall survival, as compared with dual therapy with ADT and either docetaxel or enzalutamide,” stated Armstrong. “Patients in ARCHES and ENZAMET will continue to be followed to help address this critical question.”