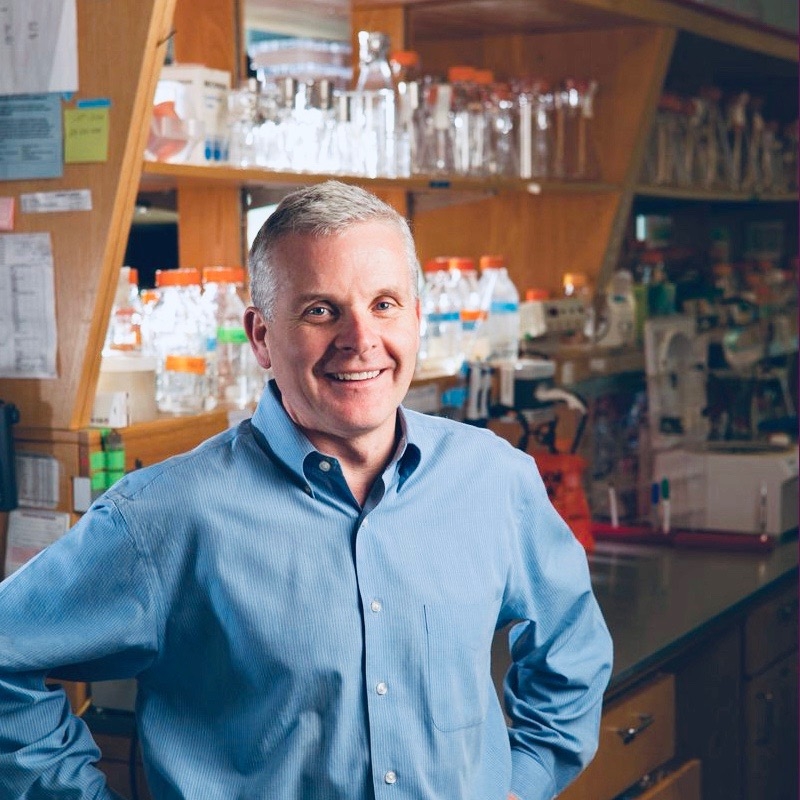 The national breast cancer organization Susan G. Komen® announced today that Donald McDonnell, PhD, is one of two breast cancer researchers named to receive the non-profit's Brinker Award for Scientific Distinction — Komen's highest scientific honor. McDonnell is the Glaxo‐Wellcome Professor of Molecular Cancer Biology, a professor of Medicine, a professor of Pharmacology and Cancer Biology, and co‐director of the Women’s Cancer program at Duke Cancer Institute.

Established by Komen in 1992, the prestigious Brinker Awards for Scientific Distinction recognize advances in Basic Science and Clinical Research.

McDonnell will be presented with this year’s Brinker Award for Scientific Distinction in Basic Science.

According to a Komen-issued press release, McDonnell is being honored for "his significant contributions to breast cancer research, which have been instrumental in advancing our understanding of estrogen receptor signaling in breast cancer."

“Dr. McDonnell’s innovative research has provided significant insights into the biology and pharmacology of the estrogen receptor and led to the development of new drugs for the treatment of hormone-dependent breast cancer. His leadership in the field and creative approach to translating laboratory-based discoveries to new cancer drugs will have a lasting impact on breast cancer research and care,” said Komen’s Chief Scientific Advisor, Jennifer Pietenpol, PhD, Executive Vice President for Research at Vanderbilt University Medical Center, Director of the Vanderbilt-Ingram Cancer Center, the B.F. Byrd Jr. Professor of Molecular Oncology.

McDonnell has been the recipient of numerous and substantial breast cancer research grants, including from Susan G. Komen ($1.2 million to date for various projects), the National Institutes of Health, and the U.S. Department of Defense (DOD). Most recently, a team of DCI researchers led by McDonnell was awarded more than $7 million by the DOD's Office of Congressionally Directed Medical Research Programs for a four-year translational project to develop strategies to improve the effectiveness of existing and emerging endocrine therapies taken to prevent breast cancer recurrence by women whose breast cancer is ER-positive (estrogen receptor-alpha), the most common type of breast cancer.

McDonnell has published more than 300 articles on the molecular pharmacology of nuclear hormone receptors. He is an Honorary Fellow of the Royal College of Physicians, Ireland, and was elected to the National Academy of Medicine in 2017. McDonnell is the recipient of a 2020 Laureate Award from the Endocrine Society and a recipient of the 2017 Robert R. Ruffolo Career Achievement Award in Pharmacology presented by the American Society for Pharmacology and Experimental Therapeutics (ASPET).

McDonnell was named a national Komen Scholar in 2018. Chosen for their knowledge, leadership, and contributions to breast cancer research, Komen Scholars lead and participate as reviewers in Komen’s scientific peer review process. They also serve as experts and lead advocates for Komen’s nationwide network of affiliates. McDonnell was appointed to serve on the board of directors of Komen's local chapter — Susan G. Komen North Carolina Triangle to the Coast — that same year.

"On behalf of the Board and staff team, I send our thanks and congratulations to Dr. McDonnell, a Board member, supporter, and true friend of Komen NCTC," said Krista Park Berry, executive director, Susan G. Komen North Carolina Triangle to the Coast. "This award is a testament to his impact in making Komen’s vision a reality – a world without breast cancer."

Susan G. Komen NC Triangle to the Coast has invested more than $14 million in community breast health programs in its 29-county service area and has helped contribute over $5 million to the more than $1 billion invested globally through Komen’s National Research Program.

Laura Esserman, MD, MBA, was selected to receive this year’s Brinker Award for Scientific Distinction in Clinical Research. Esserman is director of the Carol Franc Buck Breast Care Center, the Alfred A. de Lorimier Endowed Chair in General Surgery, and professor of Surgery and Radiology, University of California, San Francisco.

According to a Komen, Esserman is being recognized for "her seminal contributions in clinical research, which are paving the way towards more personalized approaches to breast cancer care," including her leadership of "innovative clinical trial programs, notably the I-SPY trials, which have become models to accelerate the development of safe, effective, personalized treatment, detection and prevention options and improve the delivery of clinical care for breast cancer patients."

The 2020 Brinker Award winners — McDonnell and Esserman — will deliver keynote lectures at the 43rd Annual San Antonio Breast Cancer Symposium, which will be held virtually on December 8-12, 2020.