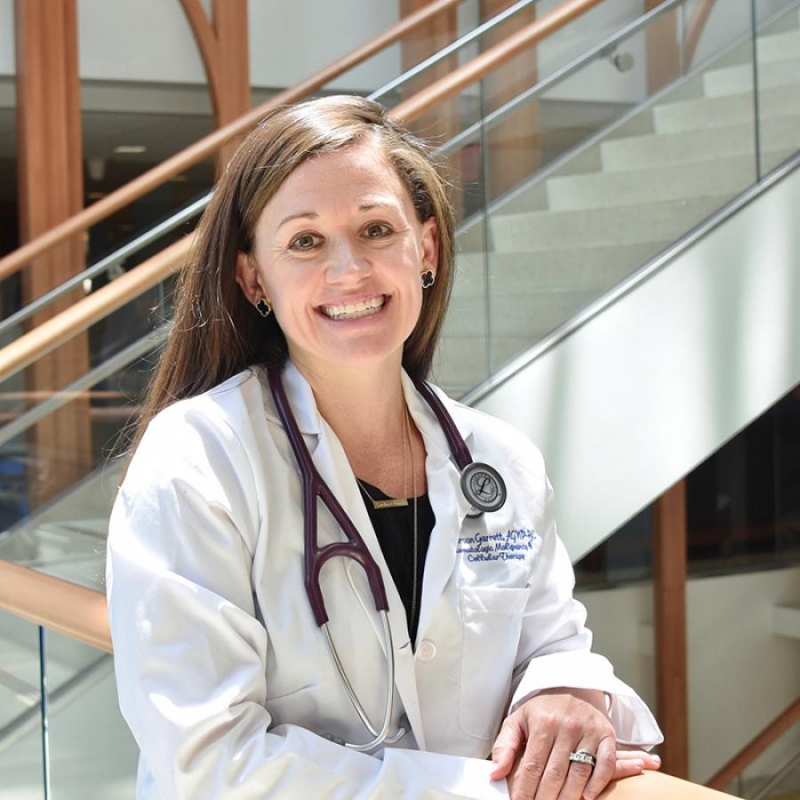 Having earned a degree in textile design from North Carolina State University, Anderson Garrett was working for a textile manufacturing company when in April 2006 her mother learned she had adenocarcinoma, a non-small cell lung cancer more likely to strike non-smokers than people who smoke.

“My mom had never smoked, so it was a complete shock to find out she had stage 3 lung cancer,” shared Garrett, now a nurse practitioner with Duke Division of Hematologic Malignancies & Cellular Therapy. “Although the odds were against us, we were ready for battle.”

It was as Garrett journeyed cancer alongside her mother that she first questioned her own life’s path.

“I was sitting next to my mom’s hospital bed when one of the nurses walked in,” Garrett shared. “It was in that moment, as I watched that nurse, I realized I was called to do something in else in life. I asked myself, ‘Am I doing what I’m supposed to do?’”

A few months after the loss of her mother, Garrett began taking night classes at a community college—prerequisites required for applying to nursing school. Accepted in 2007 to Duke University School of Nursing, Garrett resigned from her job. Through the school’s accelerated program, she graduated 16 months later with her nursing degree and promptly began caring for patients at Duke.

Having promised her mother the family would continue her fight, Garrett, her father and her sister established the Susan C. Hicks Hope Charities, an organization dedicated to raising funds to support lung cancer research.

“The idea of organizing a charity was first conceived while Mom was in treatment,” said Garrett, who also went on to earn a master’s degree. “Mom believed she had to survive and help others. Her spirit is what drives our family to continue this fight against lung cancer. By doing this, we survive for her.”

“We expect to raise $50,000,” shared Garrett, who finds comfort in knowing she was able to discuss with her mom her plans to leave the textile industry to become a nurse.