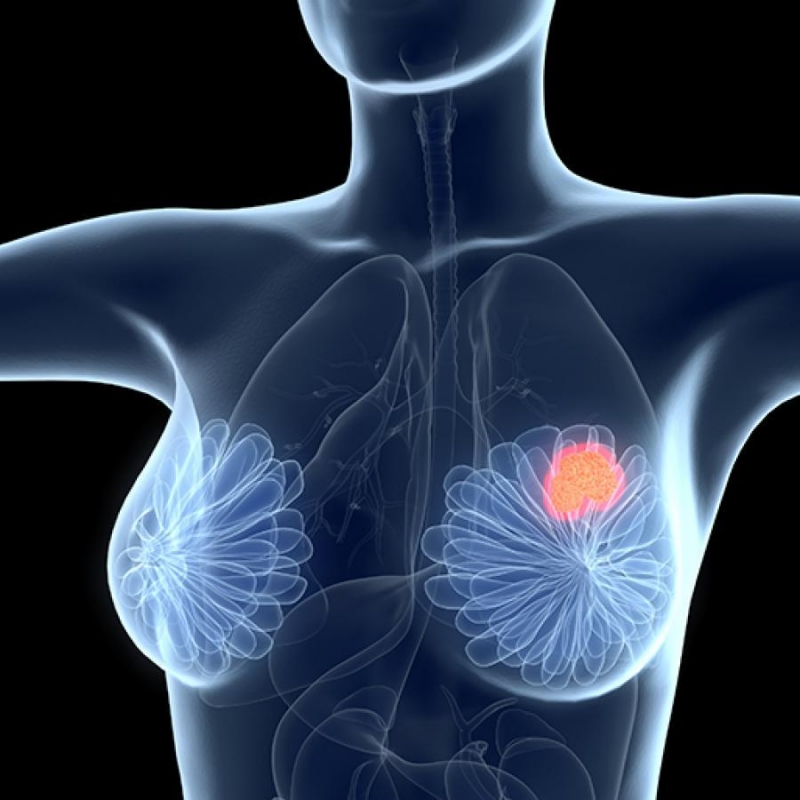 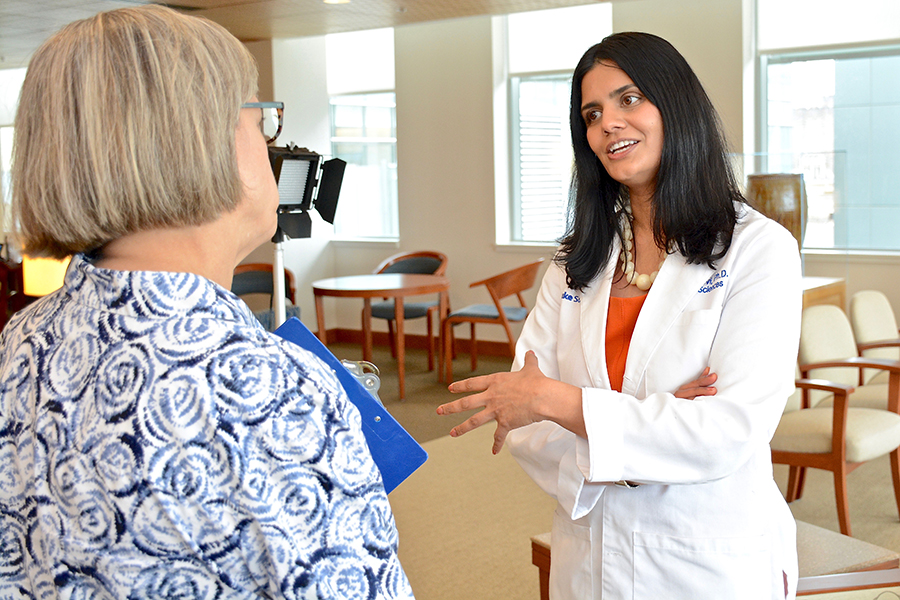 Inflammatory breast cancer (IBC) is the most lethal and fastest-growing form of breast cancer and quickly develops resistance to treatments.

Reporting in the March issue of the journal Carcinogenesis, senior author Gayathri Devi, PhD, associate professor of surgery at Duke, and co-investigators found that bisphenol A increased the cell signaling pathway known as mitogen-activated protein kinases, or MAPK, in inflammatory breast cancer cells.

“The study is the first to show that BPA increased signaling through receptors that communicate with the MAPK pathway and that the presence of BPA may lead to resistance to cancer drugs targeting this pathway,” Devi said. “In our cell models, more signaling led to increased growth of the cancer cells.”

Previous studies have theorized that BPA and other endocrine-disrupting chemicals -- ones that mimic hormones like estrogen in the body -- may promote the development of breast tissue tumors. However, this study explored a potential mechanism for how the proliferation happens in an estrogen-independent manner and which specific chemicals might be involved.

In the study, researchers started by treating IBC cells with six endocrine-disrupting chemicals commonly found in the everyday environment, including in food, medications and agricultural products. They found that BPA, along with the chemicals trichloroethane (HPTE) and methoxychlor, caused an increase in signaling to epidermal growth factor receptors (EGFR), which lie on the cell surface.

When the cells were treated with low doses of BPA, for example, EGFR activation nearly doubled. In turn, signaling to the MAPK pathway also increased. This increase was accompanied by a rise in indicators of cancer cell growth.

The researchers also found that exposing the cancer cells to BPA limited the effectiveness of drugs that work to kill cancer cells by inhibiting EGFR signaling.

“When EGFR-targeted, anti-cancer drugs are unable to decrease the amount of EGFR signaling, it leads to less cell death,” said Steven Patierno, PhD, professor of medicine at Duke and study co-author. “This suggests that chemical exposure could help generate a type of breast cancer that might be resistant to the very drugs we use to treat it.”

Devi said the research is an addition to a growing body of work that offers greater insight into IBC’s aggressive nature. For example, in another study published recently in the journal Oncotarget, Devi and co-investigators identified specific anti-cell death proteins that are overexpressed in IBC patient tumors.

“Ultimately, we hope that this kind of work will help us develop more effective treatments for IBC, so that survival rates improve,” Devi said.

The study was conducted in collaboration with the Environmental Protection Agency and the BRITE Institute at North Carolina Central University. It received support from the Duke Cancer Institute Cancer and Environment Development Funds, a Bolognesi award to Devi from the Duke Department of Surgery, the Duke IBC Consortium funds, the American Cancer Society (RSG-08-290-01-CCE) and the National Cancer Institute (T32CA009111).

Team Up To Help Fund A Cure 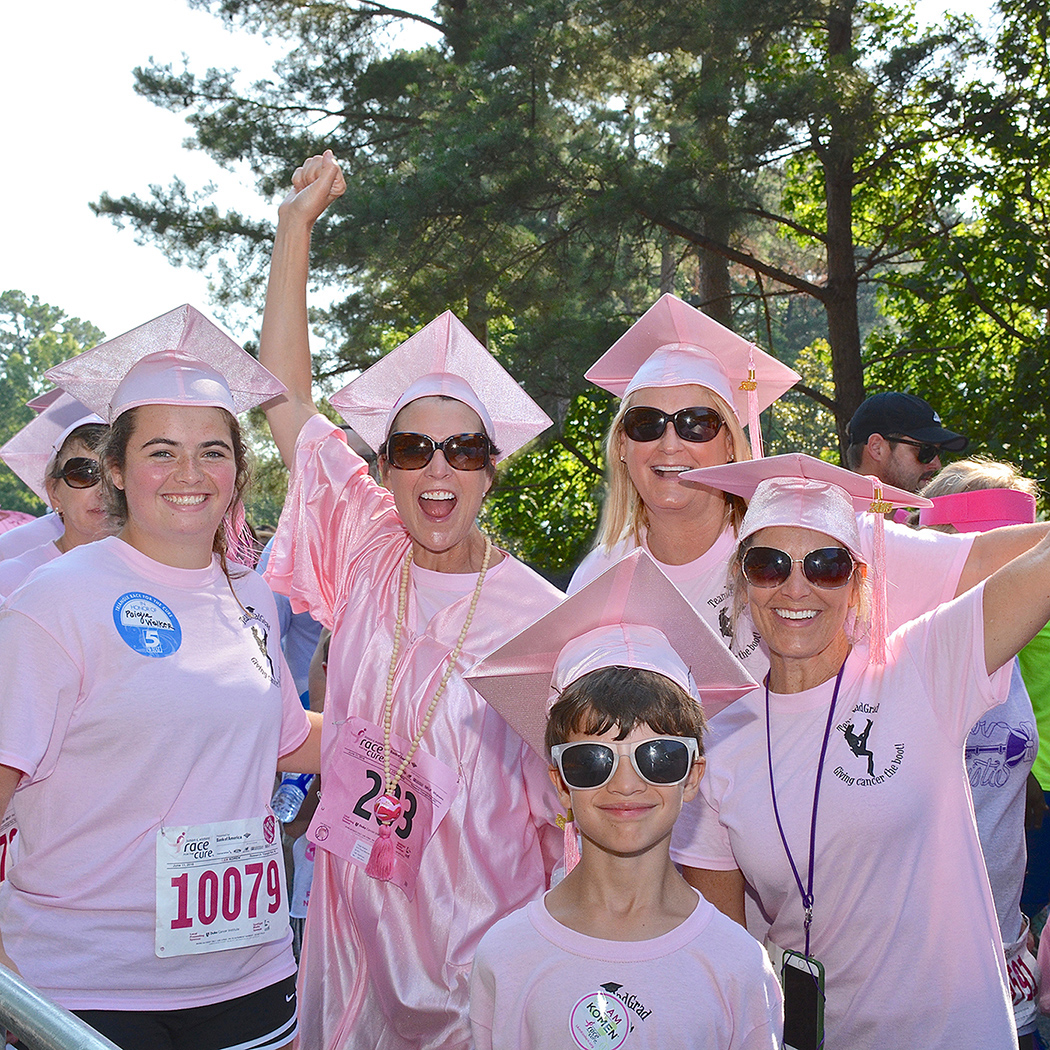 Duke currently receives millions of dollars in breast cancer research grants each year from organizations such as the American Cancer Society and the Susan G. Komen Foundation. These funds, raised through events like Making Strides and Race For the Cure, help keep breakthrough science moving forward to better treatments and a cure. You, too, can help! The 2017 Komen Race For The Cure will be held Saturday, May 6, at The Frontier at RTP. Duke Cancer Institute invites breast patients, caregivers, survivors and Duke faculty and staff to join one of its teams. To team up with us at Team Duke Cancer Institute!