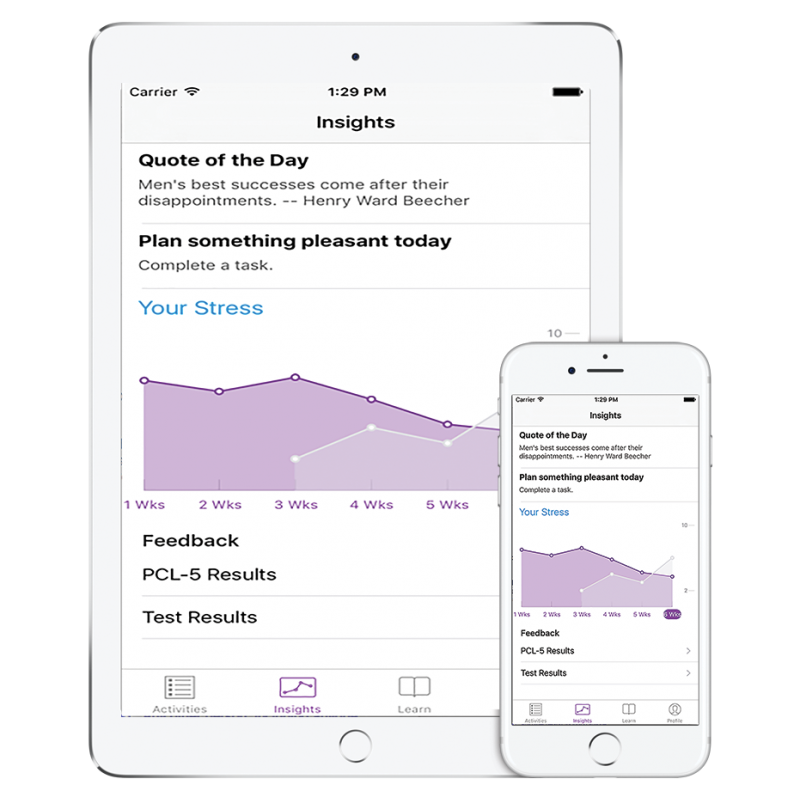 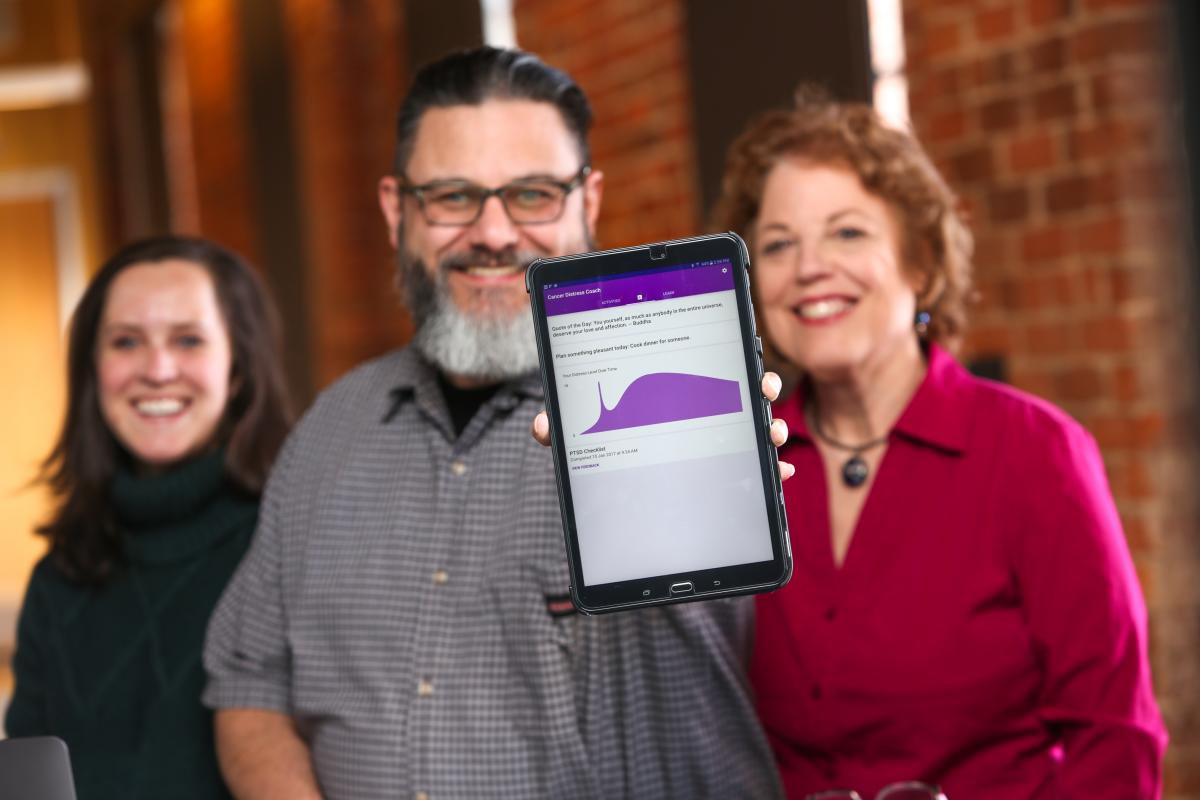 Medical student Callie Berkowitz, lead Android developer Mike Revoir, and project investigator Sophia Smith show off the Cancer Distress Coach app. (photo by Ken Huth)A cancer diagnosis can bring on feelings of anxiety, such as worry, fear, and sadness. For some, the feelings do not subside but worsen to affect daily life. When this happens a patient may develop post-traumatic stress disorder (PTSD), an anxiety disorder usually associated with traumatic events such as war or physical attacks.

Duke University School of Nursing, with a pilot grant from Duke Institute for Health Innovation, is leading a study to measure the effectiveness of a therapy app they’ve developed to help patients, their caregivers, and survivors manage the post-traumatic stress of cancer. Associate Professor of Nursing Sophia Smith, PhD, a two-time cancer survivor herself, leads the study.

The Cancer Distress Coach app uses guided imagery, meditation exercises, inspirational quotes, music, and photos to help patients and their caregivers learn about symptoms and available resources, understand their level of stress, build a network of support, and gain coping skills to manage stress in the moment.

Researchers hope that eventually the app will be a standard component of cancer care.

“Our vision is that, via the app, all survivors will have access to the supportive services that they need to help them manage the trauma associated with cancer, no matter where they are in the cancer trajectory — newly diagnosed, in treatment, or post-treatment survivorship,” Smith says.

The app is an expansion and redesign of a predecessor that Smith and a team of nursing researchers developed in partnership with the National Center for PTSD and US Department of Veterans Affairs. They tested the app in 2015-16 with 31 Duke cancer patients.

Results from that study indicated that most participants (86 percent) found the app reduced their anxiety and provided practical solutions to PTSD symptoms.

Two-time breast cancer survivor Betty Parker, who participated in the 2015 pilot study, said her breast cancer’s unexpected reoccurrence the day before her birthday sent her “into a depressed mode,” but an in-app relaxation exercise comforted her.

“Her voice was so soothing,” says Parker. “On those days when the radiation was unbearable, it took me to another place.”

Researchers are hoping that the new app — available now on both iOS and Android devices — will also attract younger cancer patients, who they say are at even greater risk for PTSD following a cancer diagnosis.

This article originally appeared in the Spring 2017 issue of Breakthroughs, a magazine produced twice yearly by Duke Cancer Institute Office of Development.