A Tale of Two Drugs 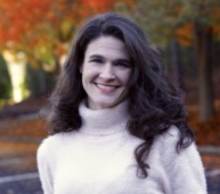 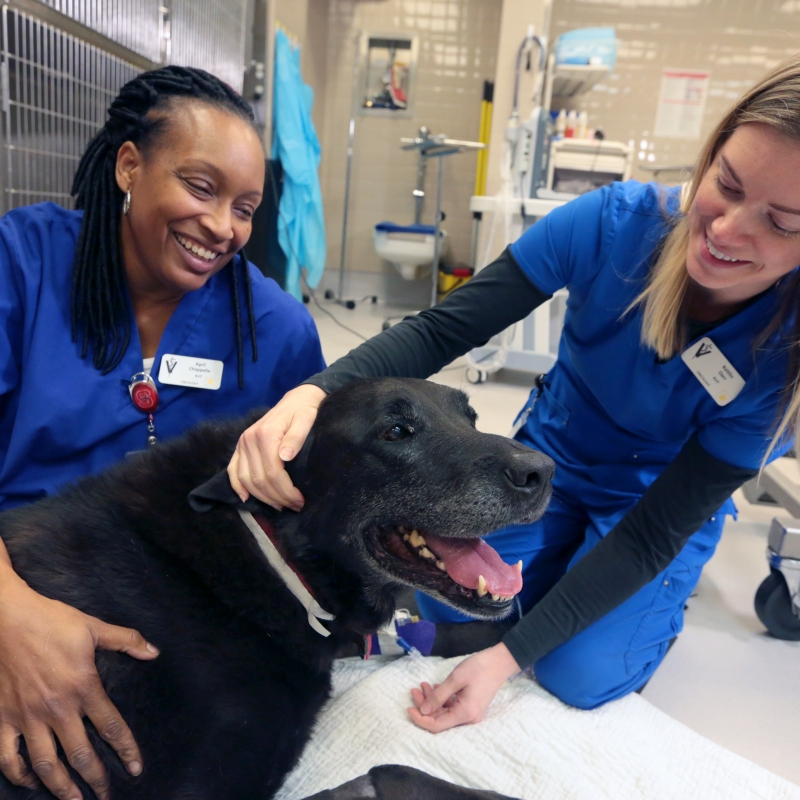 Walks in the park, a stress-relieving game of fetch, affectionate belly rubs. “Man’s best friend” brings us all that and more.

But, in the case of bone cancer (osteosarcoma), dogs are proving, again, that they can benefit their humans’ lives in a substantial way. Duke orthopedic oncologist Will Eward, MD, DVM, and colleagues are investigating how this link could improve health outcomes for children stricken by this disease.

THE CASE FOR OSTEOSARCOMA AND DOGS

Osteosarcoma rarely occurs in humans, accounting for less than one percent of all diagnosed cancers. However, when it appears, it impacts children most heavily as the third most commonly occurring pediatric cancer after lymphoma and brain cancer.

Treating it is difficult, though, because there’s been lack of therapeutic advancements. “With osteosarcoma, I’m telling parents exactly what was told to them in the 1980s,” Eward said. “We can’t keep driving the 1984 Datsun forever. We have to do better because pediatric oncology occupies a special place in medicine. Kids shouldn’t get cancer.”

The small number of children developing osteosarcoma has been a barrier to improving care. That’s where dogs come in, he says. Veterinarians diagnose roughly 4 million dogs with cancer annually, and osteosarcoma accounts for approximately 15 percent of those cases. Not only are most of their tumors identical to those in humans, but their immune systems are also similar, and they share the same food, air, and water exposures. Additionally, the natural survival time for a dog with osteosarcoma is approximately 18 months, making it quicker to find out if treatments prolong life.

To test the viability of new drugs, Eward is partnering, via the Consortium for Canine Comparative Oncology, with veterinary oncologist, Steven Suter, VMD, PhD, medical director of North Carolina State College of Veterinary Medicine’s canine/feline molecular oncology diagnostic lab. Through a canine clinical trial, funded by a $250,000 grant from Hyundai Hope on Wheels to specifically target links between canine and human sarcomas, they are investigating whether two existing medications can combat osteosarcoma in dogs, potentially opening the door for use with children.

“These are dogs that just happen to get osteosarcoma like we do,” Eward says. “This is a clinical trial for dogs just like it would be for humans. Their owners have asked for their pets that have osteosarcoma to be included, and we’re treating them the same as we would in a human clinical trial even though that group has two legs and this group has four legs and wags their tails.”

The clinical trials test two existing medications approved for other uses—bortezomib and niclosamide. The team designed these trials based on predictive work conducted in mice.

“Using these xenografts, we demonstrated on a small scale that the drugs could work and could be scaled up for use from a 30-gram mouse to a 150-pound dog,” Somarelli says.

“This type of collaboration between bench science and veterinarians is critical because you can reach discovery much faster and at less cost. We haven’t spent time or millions of dollars going down the rabbit hole," he adds.

In the first trial, after seeing strong efficacy with the xenografts, the team examined how well bortezomib, a drug used to treat multiple myeloma cancer in humans, would work in dogs. While other chemotherapy agents attack cells indiscriminately, causing toxic side effects, bortezomib avoids those responses by only targeting how the cancer packages proteins. Consequently, this trial enrolled 10 dogs who received standard amputation but whose owners did not want to pursue subsequent chemotherapy.

Despite high expectations, Suter says, bortezomib has performed poorly, introducing neurological side effects, such as limb weakness and an inability for the dogs to walk. In addition, the dogs who received the drug didn’t fare any better than those who received standard chemotherapy. While it’s disappointing that bortezomib doesn’t work as anticipated, Eward says, the trial results are still critical.

“If we’ve found that bortezomib has no role for treating osteosarcoma, we’ve figured that out by treating 10 dogs for $90,000 in one year rather than treating five to 10 children in a trial that cost over $1 million,” he said. “We’ve saved doctors from using something that’s not effective.”

The second trial is focused on niclosamide, a drug traditionally used to treat intestinal parasites. Although existing evidence revealed it had some efficacy against osteosarcoma, as an oral drug, it wasn’t a viable treatment option because it can’t dissolve in the blood to reach the tumors. So David Needham, Ph.D., Duke professor of mechanical engineering and material science, created a version of niclosamide that could be intravenously administered, called niclosamide stearate pro-drug therapeutic (NSPT). He used nanotechnology to encapsulate niclosamide into a particle that mimics low-density lipoprotein (a naturally produced substance in the body that cancers eat).

To date, Suter says, the results have been promising, with no organ toxicity, no neurological impacts, and only some allergic reactions that can be treated with antihistamines.

THE IMPORTANCE OF COLLABORATION

Ultimately, Eward says, the partnership between Duke and N.C. State has been crucial in moving osteosarcoma research forward. In emerging from their individual silos, bench scientists, oncologists, and veterinarians are charting new territory in cancer treatment. Much work still needs to be done in determining how NSPT kills cancer, providing the therapy to more dogs, and testing NSPT in other solid tumors, but it is clear the potential exists for this drug to combat additional cancers, including breast, prostate, and pancreatic.

“This is kind of like A Tale of Two Cities, only it’s a tale of two drugs,” Eward says. “We had two promising therapies based on the results of mice trials, and now we’re putting effort into moving NSPT to the next step to, one day, be available to humans with this disease.”