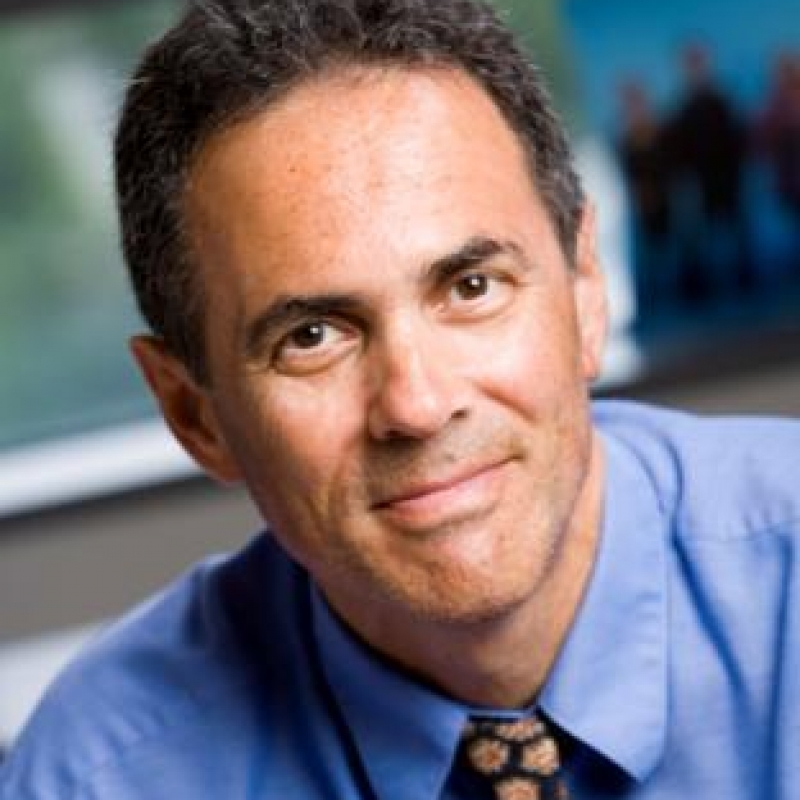 Flags were lowered to half-staff today across Duke for Neil Spector, MD, a nationally recognized physician-scientist, translational research leader, and oncology mentor who passed away on Sunday, June 14, 2020. He was 63.

He joined Duke Cancer Institute and the faculty at Duke University School of Medicine in September 2006 after serving for eight years as director of Exploratory Medical Sciences-Oncology at GlaxoSmithKline and as adjunct associate professor of Medicine, Division of Hematology/Oncology, University of North Carolina at Chapel Hill.

Dr. Spector’s appointments at DCI include having served as associate director for Translational Research, director of the Developmental Therapeutics Program, and associate co-director of Clinical Research with the Breast Cancer disease group.

His laboratory research focused on elucidating molecular mechanisms of therapeutic resistance to targeted therapies and strategies to prevent and overcome resistance. He is credited with leading two molecularly targeted therapies to FDA approval, one for the treatment of pediatric T-cell acute lymphoblastic leukemia (nelarabine) and another for the treatment of HER2 overexpressing breast cancers (lapatinib).

A medical oncologist, Dr. Spector most recently served as an attending physician and supervised medical oncology fellows at the Durham VA Healthcare System.

In July 2016, he was appointed inaugural director of the National Precision Oncology Program at the Veterans Health Administration, U.S. Department of Veterans Affairs, part of the Cancer Moonshot initiative that launched that year. (The program helps provide targeted cancer care for veterans, based on their genetic profiles, and facilitates their access to new investigational therapies through clinical trials.)

"In that position, which he held for two years, he oversaw the program’s expansion from a pilot project to a system-wide clinical service and research engine that has served over 12,000 Veterans and is the core of the VA’s Precision Oncology learning health care system," said Michael Kelley, MD, a Duke professor of Medicine, chief of Hematology and Oncology at the Durham VA Medical Center, and National Program Director for Oncology for the Department of Veterans Affairs. [At the time of his passing, Dr. Spector was serving as precision oncology consultant with the VA’s National Precision Oncology Program and oversaw the VA Molecular Oncology Tumor Board.]

“Neil was so important to our fellows and residents," said Kathleen Cooney, MD, MACP, chair of the Duke University Department of Medicine. "In addition to being a great teacher, he was a very patient mentor and a wonderful role model.”

“He was very active in our Molecular Cancer Biology graduate training program, teaching, mentoring and participating in recruiting," added Donald McDonnell, PhD, chair of the Duke University Department of Pharmacology and Cancer Biology. "He was the “go-to” person for questions about translational cancer research and was always generous of his time. He will be missed.”

Nicholas DeVito, MD, was one of Dr. Spector's mentees during his fellowship at DCI and the VA.

"Absolutely heartbroken to learn that Dr. Neil Spector has passed away. He was a great teacher, physician, and insightful scientist; not to mention a downright wonderful human," wrote Dr. DeVito on Twitter. "I will miss our random discussions about immunology, the future of cancer research, and life in general when I periodically ran into him outside his lab on the way to and from the parking garage." He added, "We'll all have to put a little more good into the world to try to make up for his absence."

Another one of Dr. Spector’s mentees, Jeremy Force, DO, MA, now a physician-scientist within the breast cancer group at Duke, wrote on social media, "I am deeply saddened by the loss of my friend, mentor, and colleague. He was one of the kindest human beings and physician-scientists I’ve ever known. He developed lapatinib for patients with HER2+ MBC and was dedicated to curing cancer. I will miss him.”

Dr. Force went onto say, “I fondly remember my Thursday clinics at the VA, when I was a fellow at Duke.  I would come into the work room to discuss a patient with Dr. Spector and leave with a new found understanding of Buddhism or other spiritual concept.  Dr. Spector’s wisdom transcended medicine into life in general.  He was amazing and I loved every interaction with him. I will forever miss our conversations about science, genomic sequencing, immunology, and kinases. He was an influential part of so many people’s lives and he will be greatly missed!”

An accomplished author, Dr. Spector wrote “Gone in a Heartbeat: A Physician's Search for True Healing,” which was published in 2015. The book chronicles his courageous battle with Lyme Disease, which went undiagnosed and untreated for years. Finally diagnosed in 1997, the disease ultimately damaged his heart, and in 2009 Dr. Spector received a heart transplant at Duke. A mere 48 hours after the surgery, he was walking three miles around Duke’s cardiology floors.

Dr. Spector became a tireless advocate for increased Lyme Disease research and awareness; from speaking engagements and media interviews on the subject, to serving on the advisory board of a leading Lyme Disease-focused nonprofit, to carrying out his own research into Lyme and other tick-borne diseases.

In fact, his research into the tick-borne parasite Borrelia burgdorferi and the bacteria Bartonella, both of which have been linked to Lyme Disease in humans, had recently expanded into investigating a possible overlap between these pathogens and cancer.

"Neil was a compassionate physician and a creative scientist, always striving to develop new and safer ways to treat cancer," said Michael Kastan, MD, PhD, executive director of Duke Cancer Institute. "After his bout with the ravages of Lyme disease, he became a prominent spokesperson for that field, reaching the hearts and minds of all who read his book or heard him speak about his personal journey."

As news of Dr. Spector's passing reached the Lyme Disease and wider oncology community, tributes from across the world continued to pour in via social media: "a lion," "a best friend to everyone he met," "a legend,"  "a hero," "a shining light," "a huge loss."

"Dr. Neil Spector was a known physician scientist, a fighter and an advocate of the IBC community. He sponsored one of few targeted trials for the disease. I will miss you my friend," Tweeted Massimo Cristofanill, MD, FACP, associate director for Precision Medicine and Translational Research/Breast Medical Oncology/Inflammatory Breast Cancer Research and Treatment at Northwestern University's Robert H. Lurie Comprehensive Cancer Center.

"Neil Spector passes away but hands each of us a baton of hope," Tweeted the Canadian nonprofit Lyme Hope.

Dr. Spector earned his medical degree at the University of Medicine and Dentistry of New Jersey in 1982. He completed his medical oncology and hematology fellowship training at Massachusetts General Hospital and Dana-Farber Cancer Institute/Harvard Medical School (1986 to 1989) where he remained on faculty until 1993, seeing patients and conducting basic cancer research. From 1993 to 1998, he served on the faculty at the University of Miami School of Medicine, Division Hematology/Oncology.

He spent his childhood at the National institutes of Health where his father was a prolific scientist. In 2013, the Susan G. Komen Breast Cancer Foundation wrote a profile article about Dr. Spector — then a Komen Research Scholar — describing him as "a gladiator" in the battle against cancer.

In the article, Dr. Spector, shared, “As a family we used to go to the NIH clinical center where they had movies on the top floor. My sister and I would be playing with kids who were sent to the NIH with the rarest of diseases.” Family friends apparently worried about the effect that exposure to sick and dying children would have on him and his sister. But, as Dr. Spector said, “Growing up around science, medicine, illness – it just became part of our blood.”

"We have lost a wonderful physician, researcher, and good friend," wrote James Abbruzzese, MD, chief of the Division of Medical Oncology, and associate director for Clinical Research at DCI, when the devastating news reached him on Monday. "Let us join together in taking a moment to reflect on Neil's indomitable spirit and his many accomplishments."

Dr. Spector leaves a wife, Denise, and daughter, Celeste. Duke Cancer Institute, the Department of Medicine, the Department of Pharmacology and Cancer Biology, and the School of Medicine extend their deepest condolences to Dr. Spector’s family and friends. Arrangements are pending, but an in memoriam page has been set up by the Hudson Funeral Home. We will provide any additional information on how we can pay our respects and support his family as soon as these details become available.

Below, Denise shares a special poem — "A Survivor's Pledge" — written by her husband:

“This is a beautiful poem of Neil's that I would often read at the Cancer Transitions Wellness Workshops for Cancer Survivors and their Caregivers that I held when I was employed by the DCI a number of years ago. On several occasions Neil volunteered his time to come to the wellness workshops to talk about the medical management component of care during survivorship, as well as infuse his own personal experience into the talk to help motivate and empower patients to be their best advocates for their care. Patients and their families were so touched and inspired by the poem as well as by his kindness, generosity and genuine compassion. He was truly an exceptional physician and human being, a rare combination especially in the world of academic medicine. It is unfathomable to imagine life without him on this earthly plane, but his beautiful spirit will live on.”

Dr. Neil Spector wrote the poem many years ago for a  bone marrow transplant (BMT) survivor's annual event through the University of Miami Jackson Memorial Hospital where he directed the BMT unit.

Who among us has not taken for granted the beauty of life?
Squandering precious opportunities to express love, gratitude, or encouragement.
Maybe we need to experience the loss of innocence,
Our impending mortality before we can truly see the light.
All too often our minds are cluttered with thoughts provoking negative emotions.
Fear grips our bodies leading to states of overwhelming anxiety and stress.
Finally, a growth, a murmur, an arrhythmia, a state of “dis-ease”.
We search for answers and quick cures.
All the while the answer lies within.
We hold the key to our own destiny.
Oh, if we could only tap into the healing light that flows through our veins.
If we could recognize that we are an integral part of the Universal power,
Not its ultimate conqueror.

Each of us walks through the valley of the shadow of death every moment of our
lives.
Most are terrified of the unknown.
Few possess the undying faith necessary to liberate themselves from fear and repression.
As my heart races and my life dashes precariously before my eyes.
I make this promise to God:
“Every moment of my life is unique and treasured,
The past is history, the future uncertain, only the present exists.
I strive for inner peace and lovingly accept myself for who I am,
So that I may be a beacon of light to others.
I reject fear and embrace only joy and love.
Striving to be successful is irrelevant,
For I am already successful in my eyes and those of God.
I relish the moment,
For only in the present is there opportunity for personal growth and spiritual awakening.

"Physicians are not there just to prescribe chemotherapy and order fancy tests, but to really get to know people. I don’t think you can really take care of someone without finding out who he or she is." — Neil Spector, MD

"Dr. Spector spoke at least once per year at the Education Workshops I held in the different communities – all as a volunteer! Most importantly, he was such an example of gentleness, truthfulness and courage! He truly made an impact in my life and in the lives of those who listened to him and patients whose lives were changed because of his discoveries." — Xiomara Boyce, Patient Navigator, DCI