Talking Turkey: Men Can Get Breast Cancer, Too 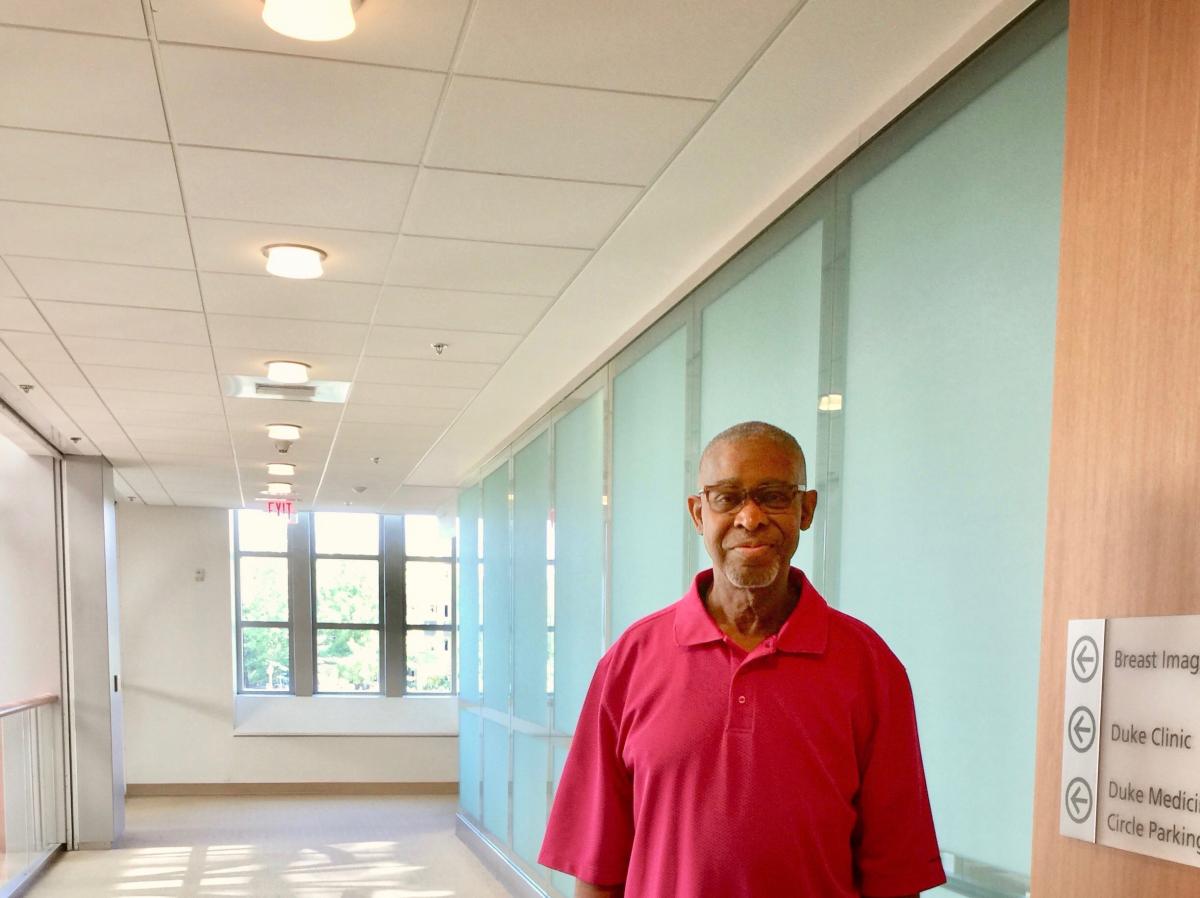 Wesley BrandtEvery fall, Wesley Brandt fires up the charcoal smoker in his backyard to make turkey barbecue. First, the turkey is smoked over hickory-flavored briquets and chunks of wood for 12 hours, then it’s brought inside to finish cooking in the oven where the succulent and tender meat falls off the bone. After it’s flavored with East Carolina bbq sauce — “not no red sauce,” he is emphatic — some is given away to lucky co-workers and neighbors and some he sells.

Naturally, barbeque turkey is also his family’s go-to entrée for Thanksgiving dinner. A blended family, Brandt and his wife, Linda, have three children, seven grandchildren and two great-grandchildren, plus extended family — most of whom live in the area — so there’s a full house on the holiday.

But this year he’s not sure if he’ll have the stamina to make his popular and coveted turkey barbeque. That’s because Brandt, 65, is fighting breast cancer. He’s been living with stage 4 disease since it spread to his lungs at the end of last year.

“I’m so hoping that I can get back my energy level to make the barbecue this fall,” said Brandt. “I want to get back to doing the things I enjoy, like fiddling in the yard; keeping up the grass and a couple of flower beds. I’m an ole country boy.”

Last month Brandt underwent a procedure to remove fluid from his lungs. It was the third time in as many years he’s had to take a break from his job in environmental services at Duke Eye Center — a job that’s kept him “rippin’ and runnin’” from operating room to operating room for the past nine years.

While he’s currently breathing easier, thanks to a take-home catheter to drain the fluid from his lungs and the fourth infusion of a drug that’s kept his lung tumors from growing or multiplying, he’s weary.

But not too weary to make the short trip to the Duke Cancer Center on October 5, during Breast Cancer Awareness Month — and in a pink polo, no less — to talk about how having breast cancer as a man can be an isolating experience, and why raising awareness is so important.

Brandt gets especially emotional when he talks about a news report he watched on GMA that morning on breast cancer research and treatment. He was crushed when the story didn’t mention a word about men.

“That really set me back,” said Brandt, 65, his eyes welling with tears. “Since I’ve experienced breast cancer, I haven’t heard or seen anything directed toward men. Everything is geared to women.”

He doesn’t see anything about men with breast cancer on TV, motivational posters, magazines, or ads for breast cancer charity events. Nor does he see evidence in the educational materials he’s received.

The American Cancer Society estimates that about only 2,550 new cases of invasive breast cancer will be diagnosed in U.S. men in 2018, compared to more than 250,000 in women. About 480 men with breast cancer will die from the disease this year. The average age at diagnosis is between 60 and 70 years old 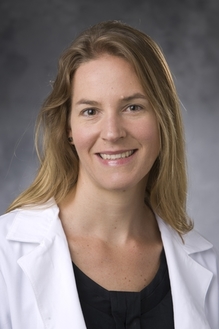 Risk factors for breast cancer in men include previous radiation exposure to the chest, estrogen use, diseases associated with hyper-estrogenism, female relatives with breast cancer, and inherited mutations of the BRCA2 and BRCA1 genes, mutations in the PTEN tumor suppressor gene, TP53 mutations (Li-Fraumeni syndrome), and PALB2 mutations.

“Whenever men get breast cancer they need genetic testing,” advised Westbrook. “There’s a much higher prevalence of breast cancer in men who are carriers of a BRCA1 or 2 mutation; mutations that may be targetable with specific drug therapies.”

Brandt said that while he does have some family history (his maternal aunt), genetic testing, in his case, did not uncover any mutations in the BRCA1 or BRCA2 genes or in any of the other genes for which there are specific therapies.

Early detection, Westbrook explained, is especially critical to improving the chances that men and women with breast cancer can be treated successfully.

Unfortunately, tumors in men often aren’t diagnosed until the cancer has spread to nearby tissues or lymph nodes – this despite the fact that men can more easily feel a mass (with or without pain) since they generally have less breast tissue.

“Because breast cancer in men is so rare, some men may ignore lumps they find and not seek treatment right away,” Westbrook said. 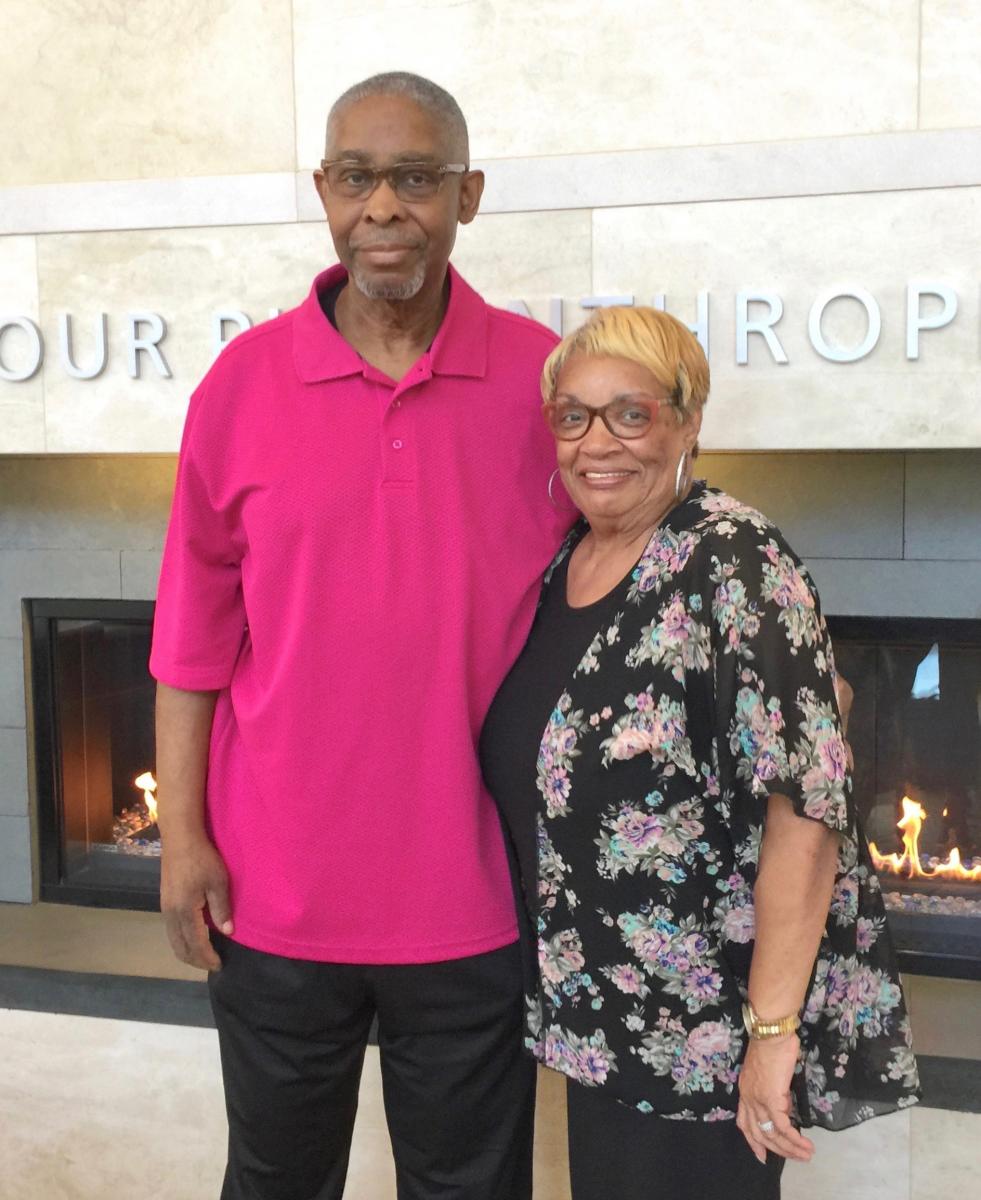 Wesley Brandt and his wife Linda at Duke Cancer Center Men may also miss some of the other possible signs, including changes to the skin covering the breast such as dimpling, puckering, redness or scaling; changes to the nipple, such as redness, scaling, or discharge; or a nipple that begins to invert as the tumor pulls it in.

Nipple inversion, Brandt admits, was something that he noticed but ignored for for quite some time before his diagnosis. It wasn’t until he felt pain in his breast for two days in a row when he showered for work, that he thought something might be wrong.

“When the hot water hit my left breast, it felt like it was scalding,” recalled Brandt. “It was that painful. I just turned sideways to avoid the direct water pressure, not even thinking that it was anything this serious. I thought it must be some side-effect of a medication I was taking.”

When it happened again the next day, he mentioned it to his wife and she told him to ask his doctor. Brandt was, at the time, due for his two-part yearly physical.

“I had heard that men can have breast cancer,” he told his doctor. “There’s something going on with my left breast here. And you might need to take a look.”

Put to the Test

A mammogram and ultrasound, followed by a biopsy, revealed a large cancerous tumor. The cancer had also spread to his lymph nodes. The diagnosis was invasive ductal carcinoma — the most common breast cancer in men. This means that his cancer originated in the milk ducts of his breast (yes, men have milk ducts) and had already grown into the normal surrounding tissue by the time he was diagnosed.

Brandt would endure two different regimens of chemotherapy, a mastectomy, surgery to remove several nearby lymph nodes, and radiation.

Westbrook could and did try therapies targeted to his biomarkers. His cancer was found to be “triple positive” meaning:

The first regimen she tried, a HER2+ targeted therapy, didn’t have the impact Westbrook was expecting, though Brandt tolerated it well.

The second regimen, an aggressive chemotherapy treatment aimed at removing any remaining cancer cells that could still be present in the body, followed surgery to remove his breast and lymph nodes. That second treatment knocked him back; putting him on disability for a couple months.

“My body had been weakened down real good,” said Brandt, who Westbrook described as “an extremely fit man” going into treatment.

“We were trying very hard to cure him,” said Westbrook. “He was so high risk for metastatic disease that we were giving him every agent that we had to see what would work.”

"One in 833 men will get breast cancer in his lifetime, compared to one in eight women." — American Cancer Society

It was in the fall of 2017 that Brandt learned that his cancer had spread to his lungs.

The therapy that’s worked best, in his case, has turned out to be the one that’s so far stopped his lung tumors from growing or multiplying. That drug, Kadcyla, is a therapy approved to treat HER2+ breast cancer that’s spread to other parts of the body. He is also on an anti-estrogen therapy used in men and in pre-menopausal women with ER+ breast cancer — Tamoxifen. Most of the therapies that work in female breast cancer patients, he was interested to learn, are also approved to treat male patients.

Brandt wants, at minimum, for all men to be educated about and be examined for breast cancer by their family doctors at annual physicals, like they are for prostate cancer, the most common cancer in men.

While Westbrook believes that most primary care physicians know enough to order a work-up if a man says he feels a mass, she isn’t aware that primary care doctors do regular breast exams in men. But she doesn’t think the idea is far-fetched.

“There’s no technical guidelines for clinical male breast exams,” she said, “but it’s a quick and easy thing to do. The art of the physical exam is dying. I think when somebody goes in for a physical they should get everything examined.”

Brandt said he wanted to be public about his cancer journey, so he can help other men.

“I love my doctors and know they are doing everything they can for me,” said Brandt, “but I want my speaking out to be a start to bringing more awareness and more research to men’s breast cancer. I don’t want my story to die with this article.”

Update: Wesley Brandt passed away on December 13, 2018, at home with his family and friends at his side.

Research: There’s a Male Breast Cancer Registry at Duke that collects data on patients and their tumor samples. Any man with breast cancer who comes to Duke is approached to be enrolled in that study. In addition, most breast cancer clinical trials at Duke are open to male and female patients.